The exhibition focused on a significant stone. As a tribute, the artist brought the Rocheserviere Meteorite back from Nantes. Seeking to traverse history, science, and the arts to generate new insights that convey a shift in our perception and relation to the mineral world and the cosmos. 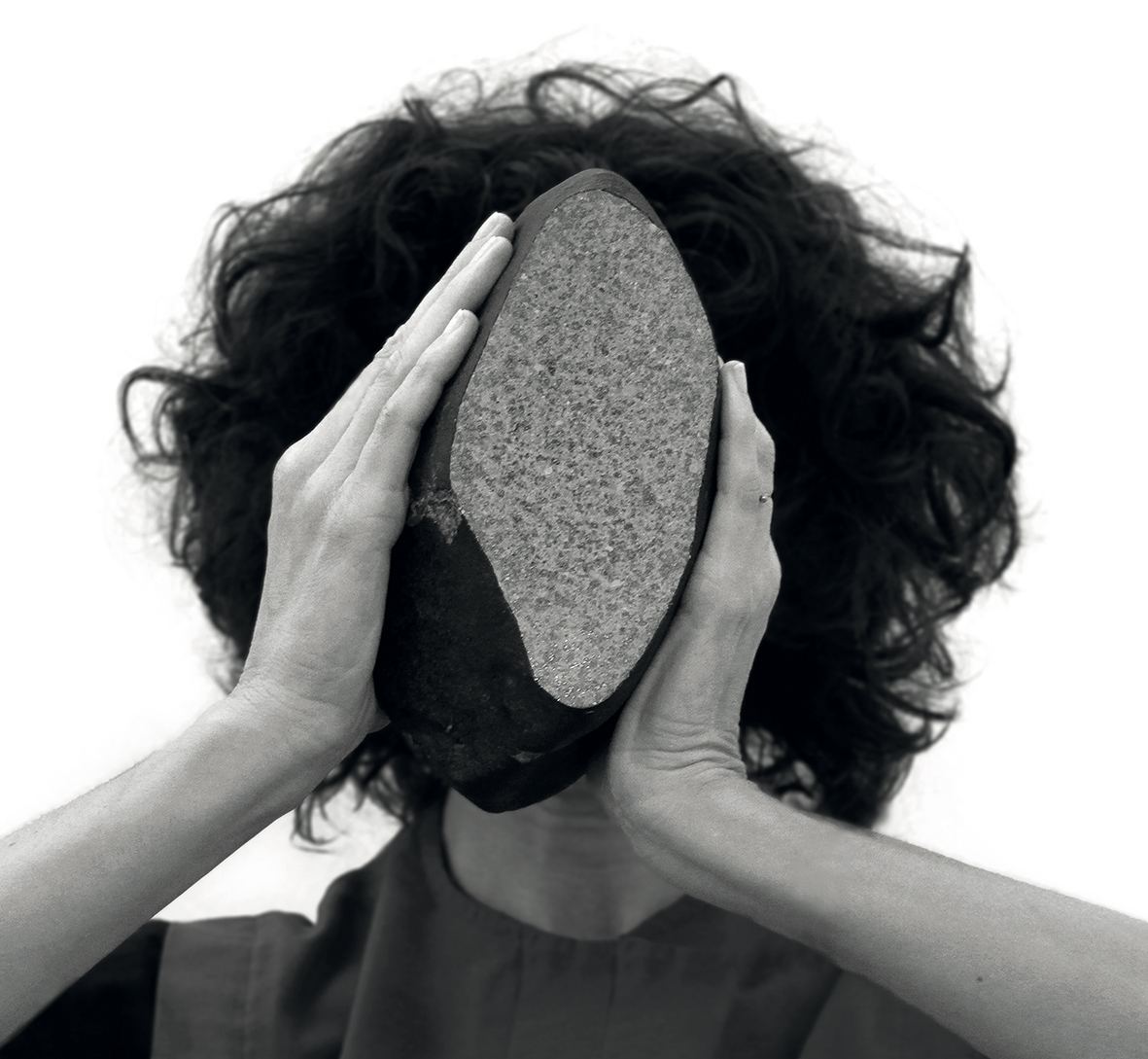 Je Meteorite #1
Je Meteorite #2
Je Meteorite #2
view from He Is The king, I Am The Art, collective show, Vieux Saint Laurent Church, Rennes (FR), 2019.
To meteorize, in Ancient Greek, is is to raise to a height, to ascend in vapors or to take the form of a meteor. Like a tribute, I am placing the alien stone in front of my own head, reminiscent of African statuary. The title Je meteorite transforms the noun into a verb, calling to a certain transfiguration, like a possible creolization of the human and the non-human. The large photograph is investigating embodied sensorial practice to convey a shift in our perception and relation to the mineral world and the cosmos. C.L. 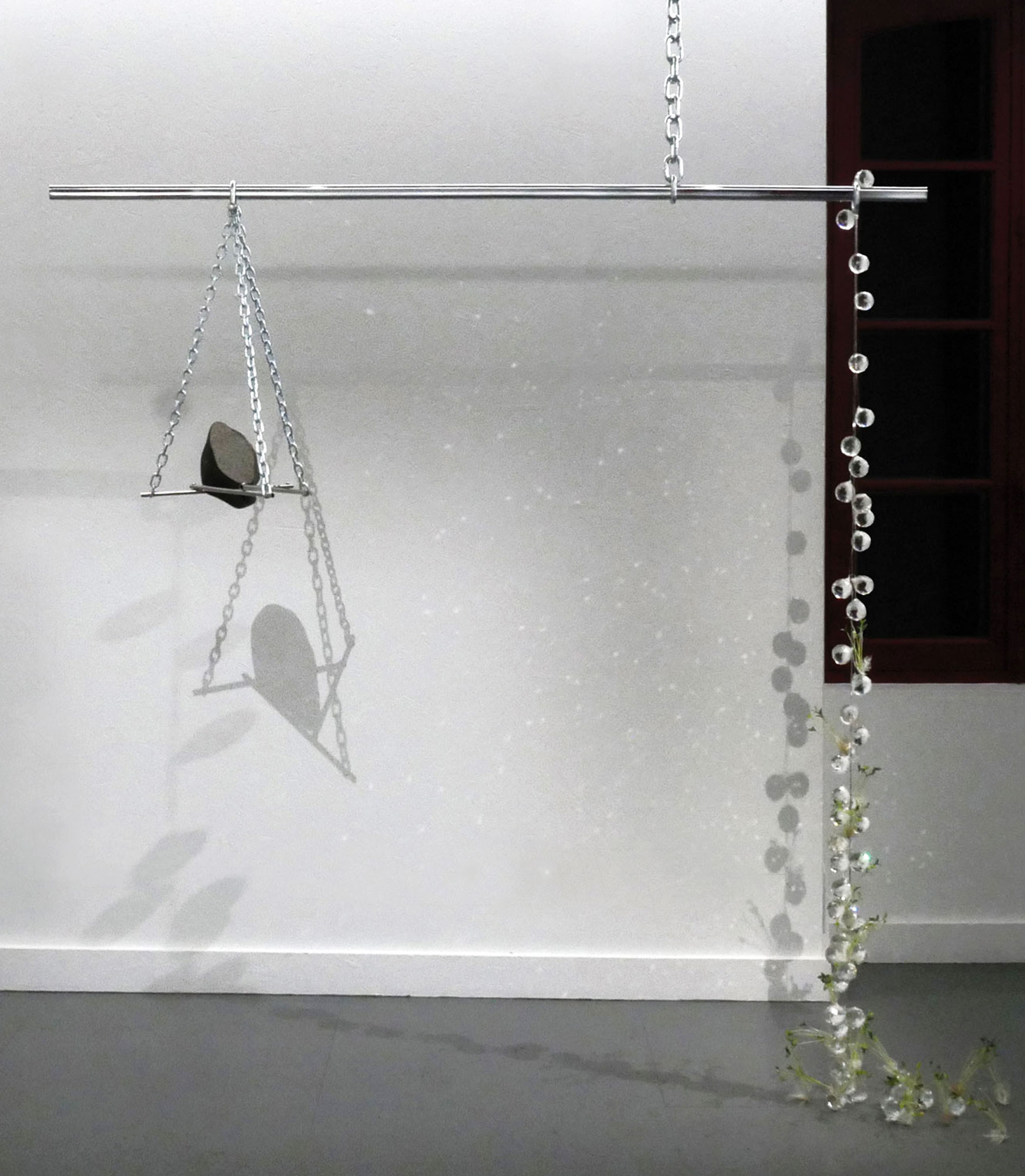 « In the manner of a Roman balance, the meteorite is suspended on a platform at the end of a horizontal axis. On the other side, a string of 47 facetted crystal balls, has a total weight equivalence to the meteorite: 4.7 kg. This rosary descends to the ground like a comet train whose end is inhabited by autotrophic plants, which grow without substrate by synthesizing light, air and ambient humidity. »
Pascal Pique, in The artist as meteorite. Apparition disparaissante Catalog, 2018. 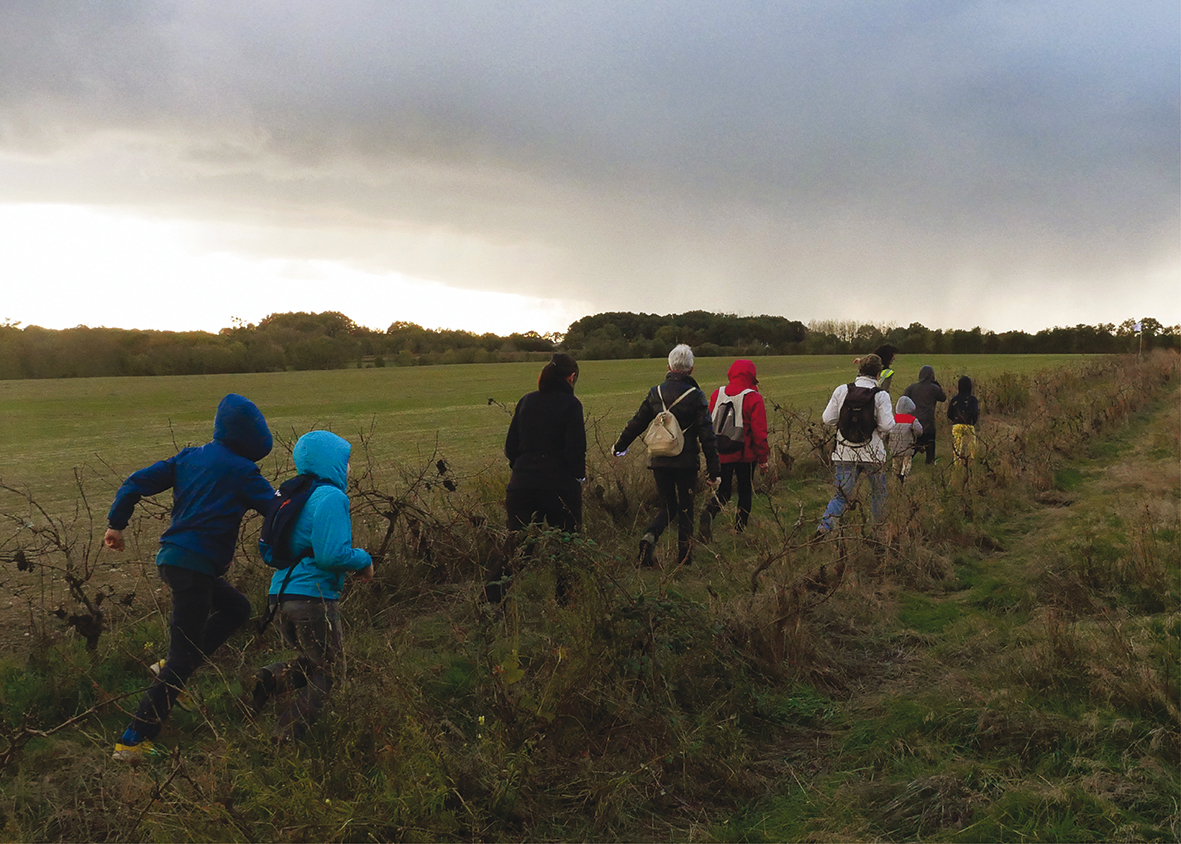 In 2017 and 2019, I worked on two exhibition projects involving meteorites (on loan from Natural History Museums) that I was bringing back to the places where they landed. By chance, both of them originated from the asteroid belt, and happened to have landed within the time period of my exhibitions. I decided to organize a Meteorite’s Birthday Performance Walk, first in Rocheservière, then in Aarhus with the same protocol. I surveyed a walk in the elliptical area of the meteorite’s impact, where one step symbolized 100,000 years, the circuit designed so that the gathered public could pace out the age of the meteorite (~4.56 billion years). C.L.

Meteorite’s Brioche
After this journey, participants were invited to take part in a “meteorization” ritual. Reflecting on Dürer’s Melencolia, where the presence of a polyhedron is central in the engraving, I discovered a common thread with the Rocheservière Meteorite: the number of faces is identical. I drew a polyhedron, which became a mold that I commissioned a baker to use to shape a Meteorite Brioche, which was also the meteorite’s exact weight (5.396kg). This culinary specialty of the region was enjoyed by the public to conclude the ritual observance. C.L. 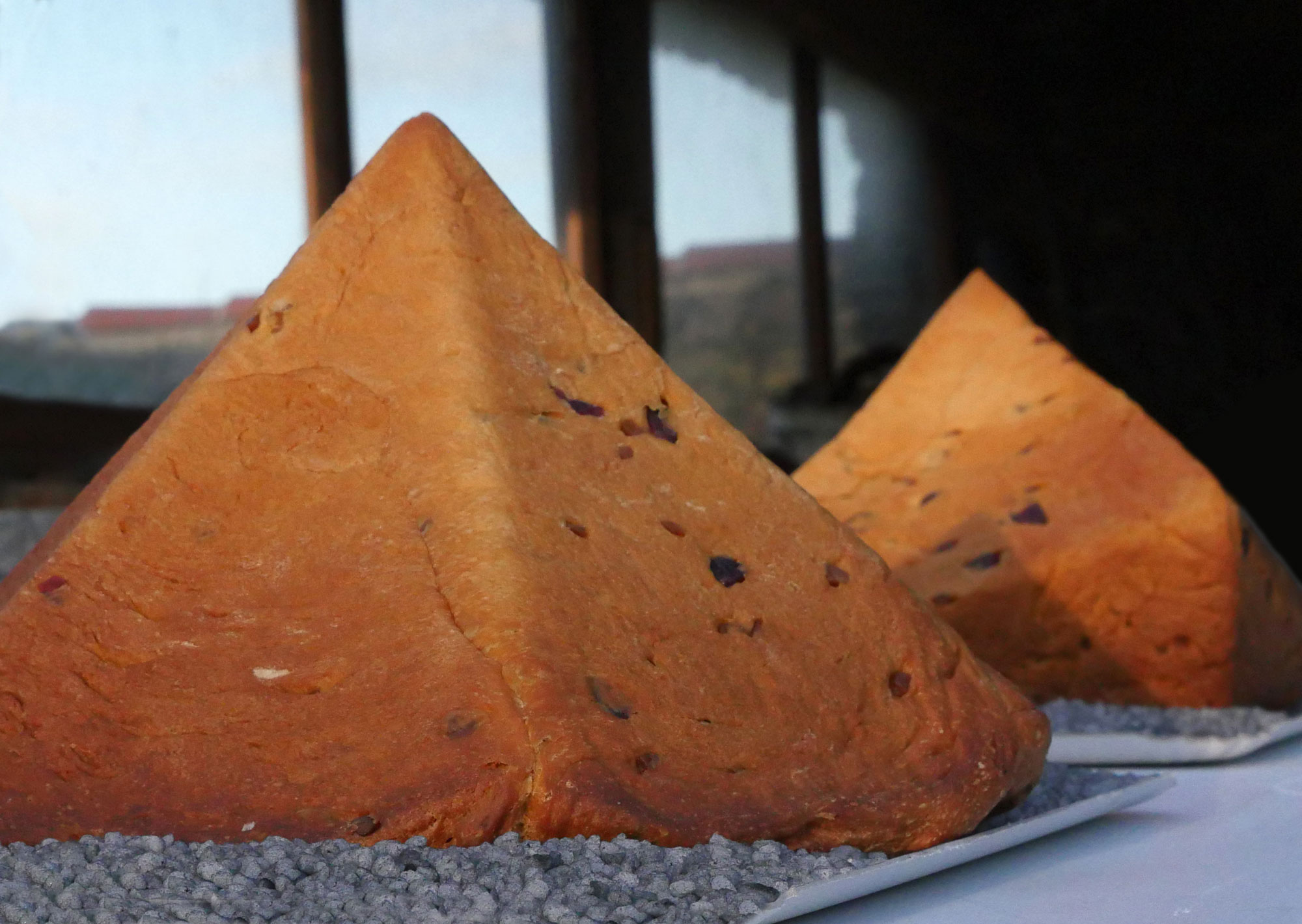 Fall Studies, Dissection of The Fall and Descartes Whirlwind are drawing series that combine previous centuries’ astrophysical observations : from the planets’ movement (Descartes whirlwind), to the trajectory of the Perseids, or meteor falls. These elements intertwine with the giant « Ahnighito Meteorite » exhibited at the Museum of Natural History, NYC, which American explorer R. Peary acquired from the Inuit in exchange for a gun in 1894. The goal is to envision outer space from a critical point of view in terms of future colonization and colonial science in practice. Dissection of the Fall is a serie made in direct connexion with the meteorite stone. C.L. 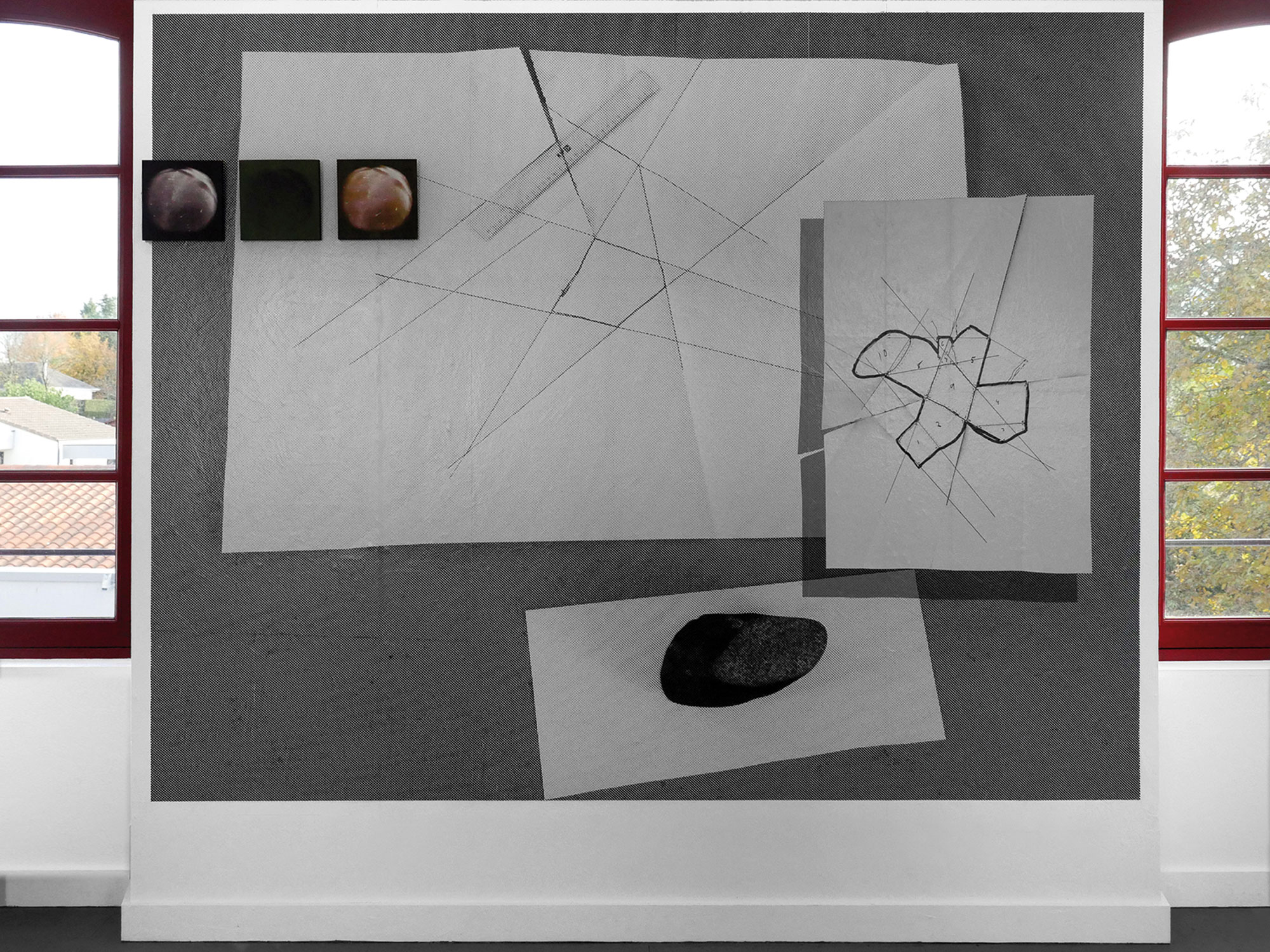 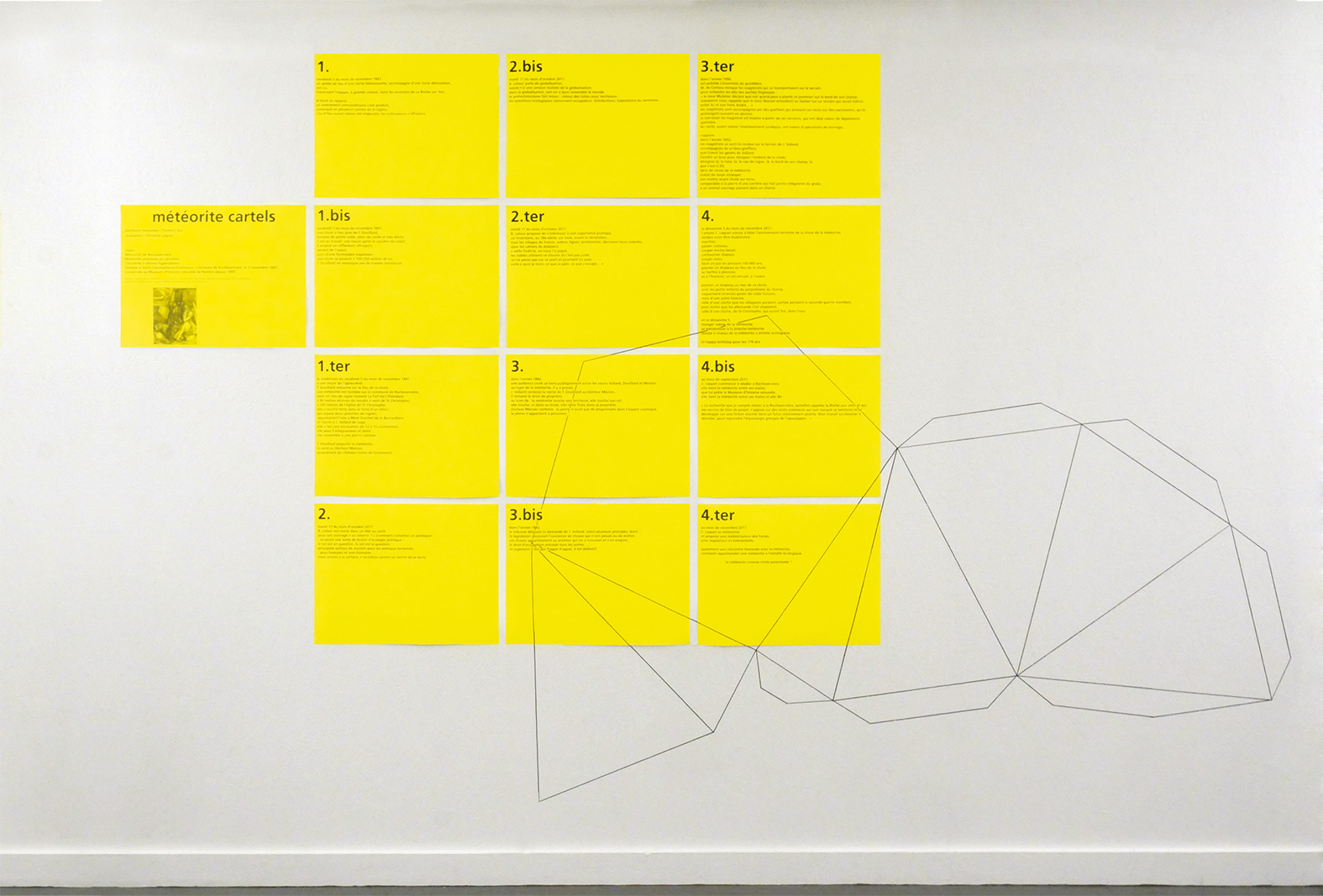 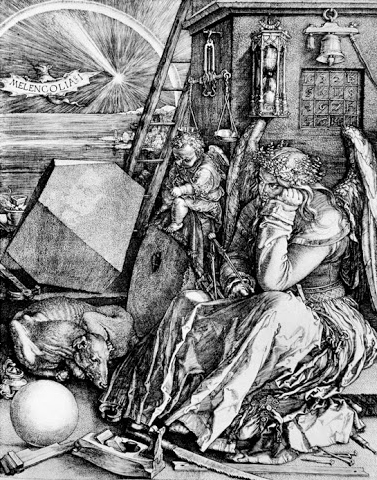 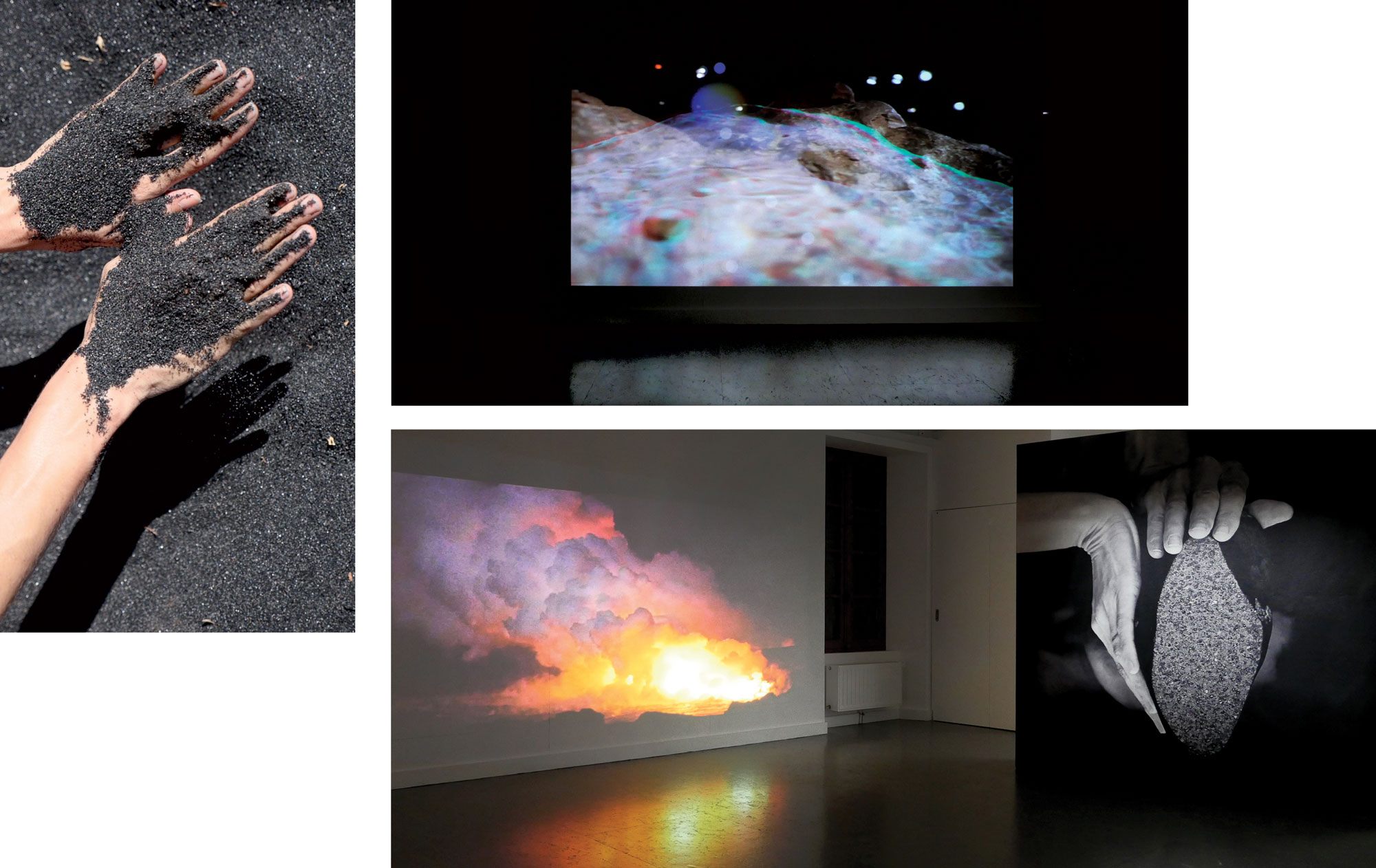 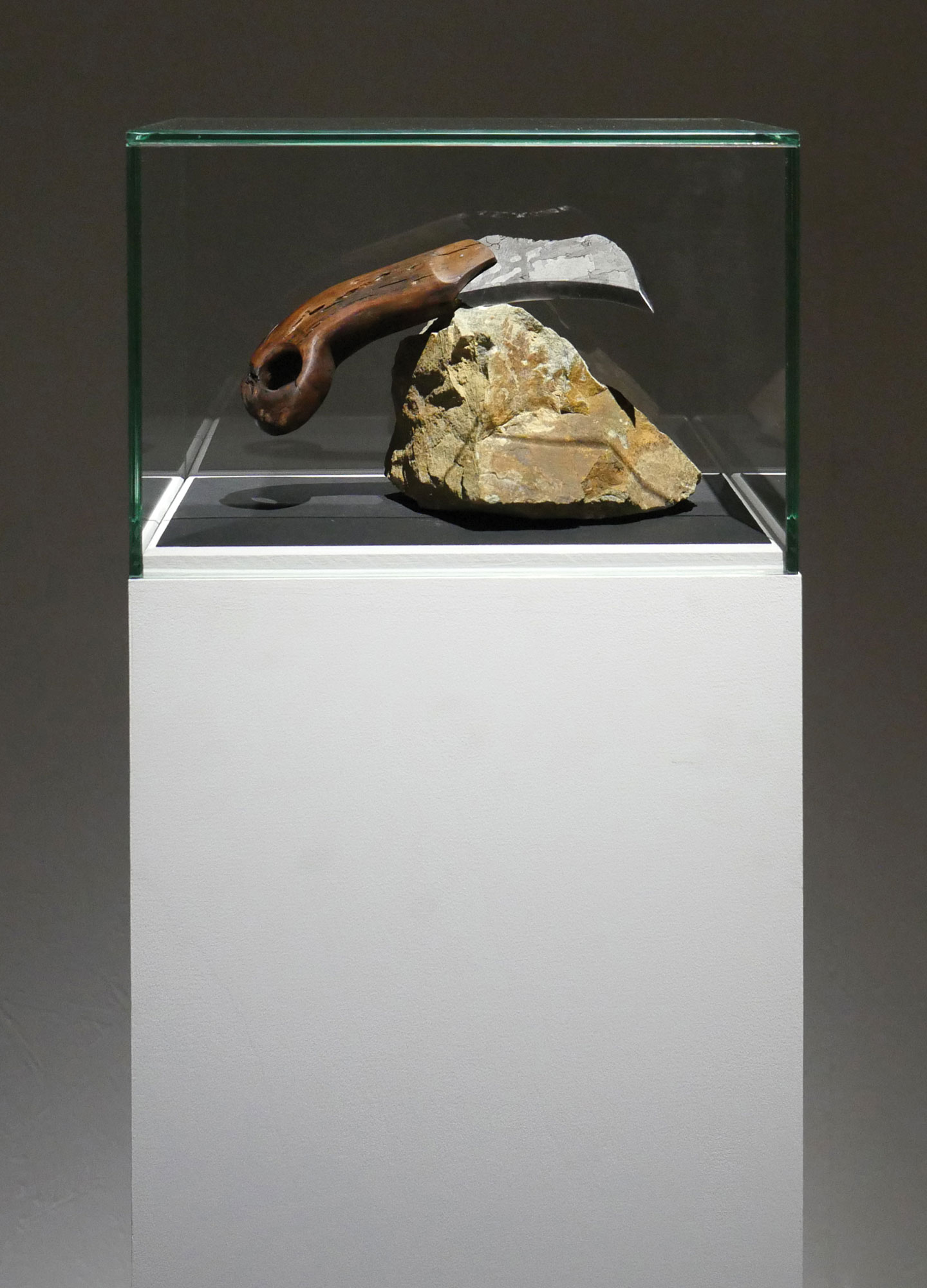 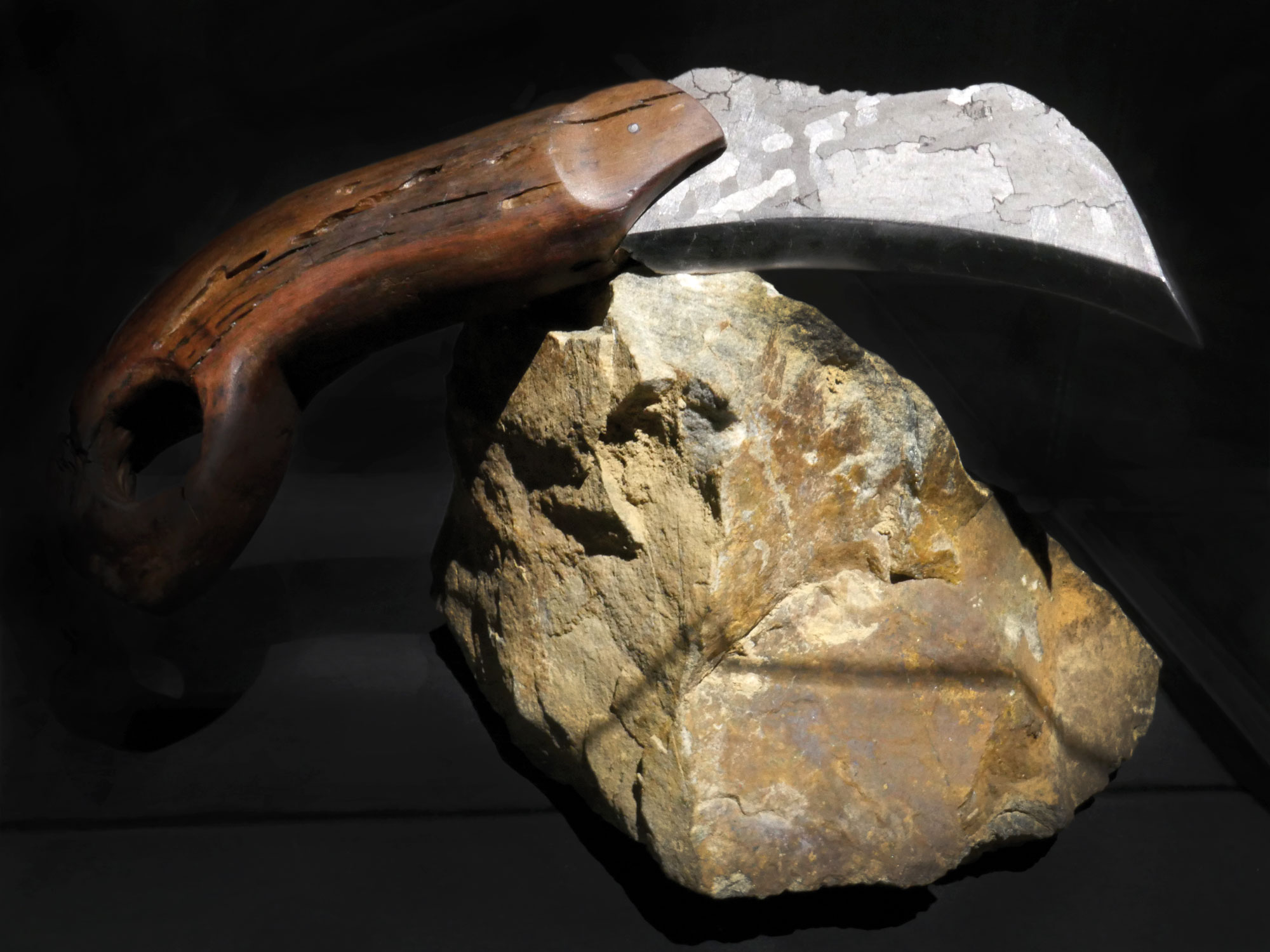 My meteorites’ researches continue with the exhibition 2019, OK at Spanien19C, Aahrus (DK), and with the collaboration with the Natural History Museum of Copenhagen – DK 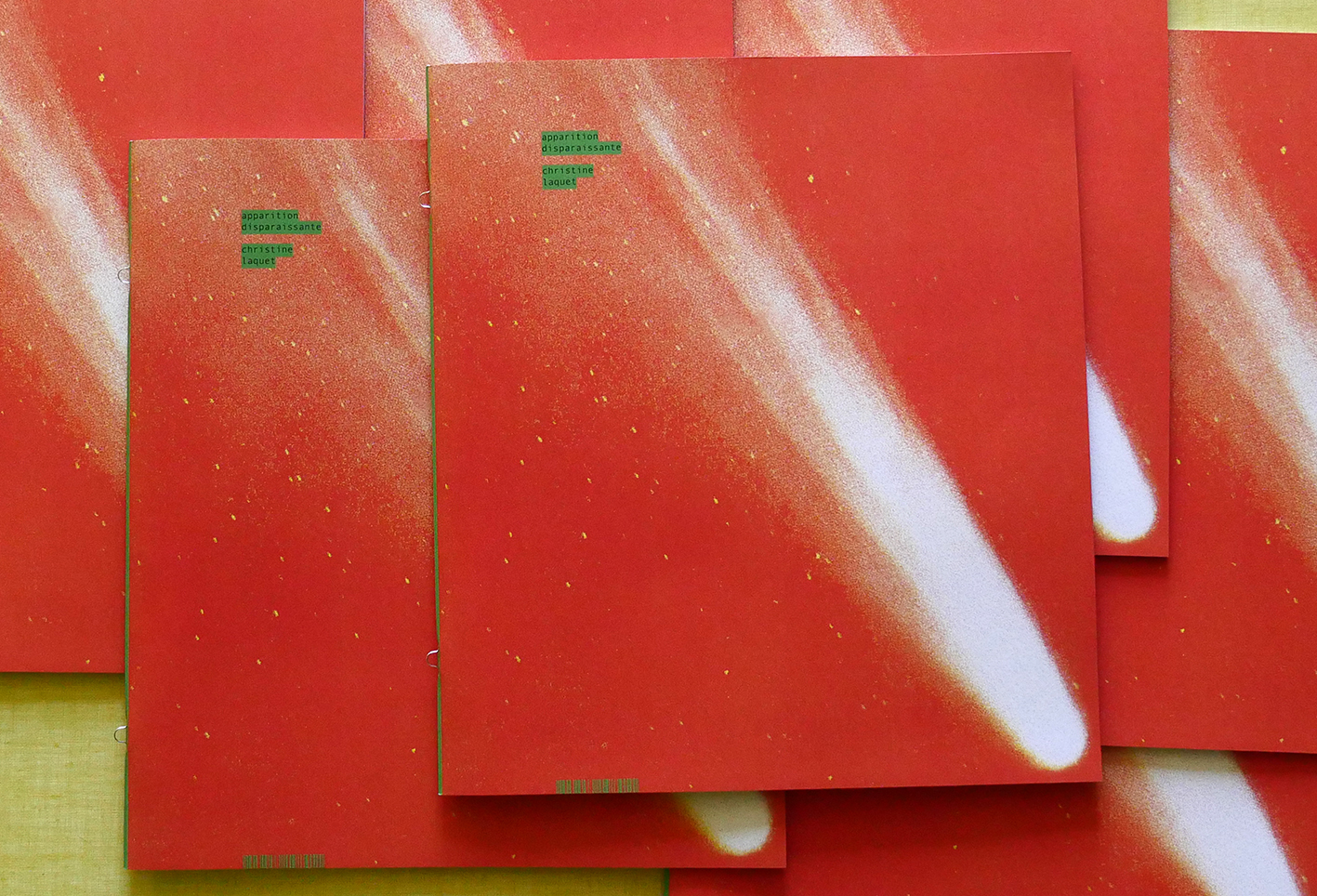 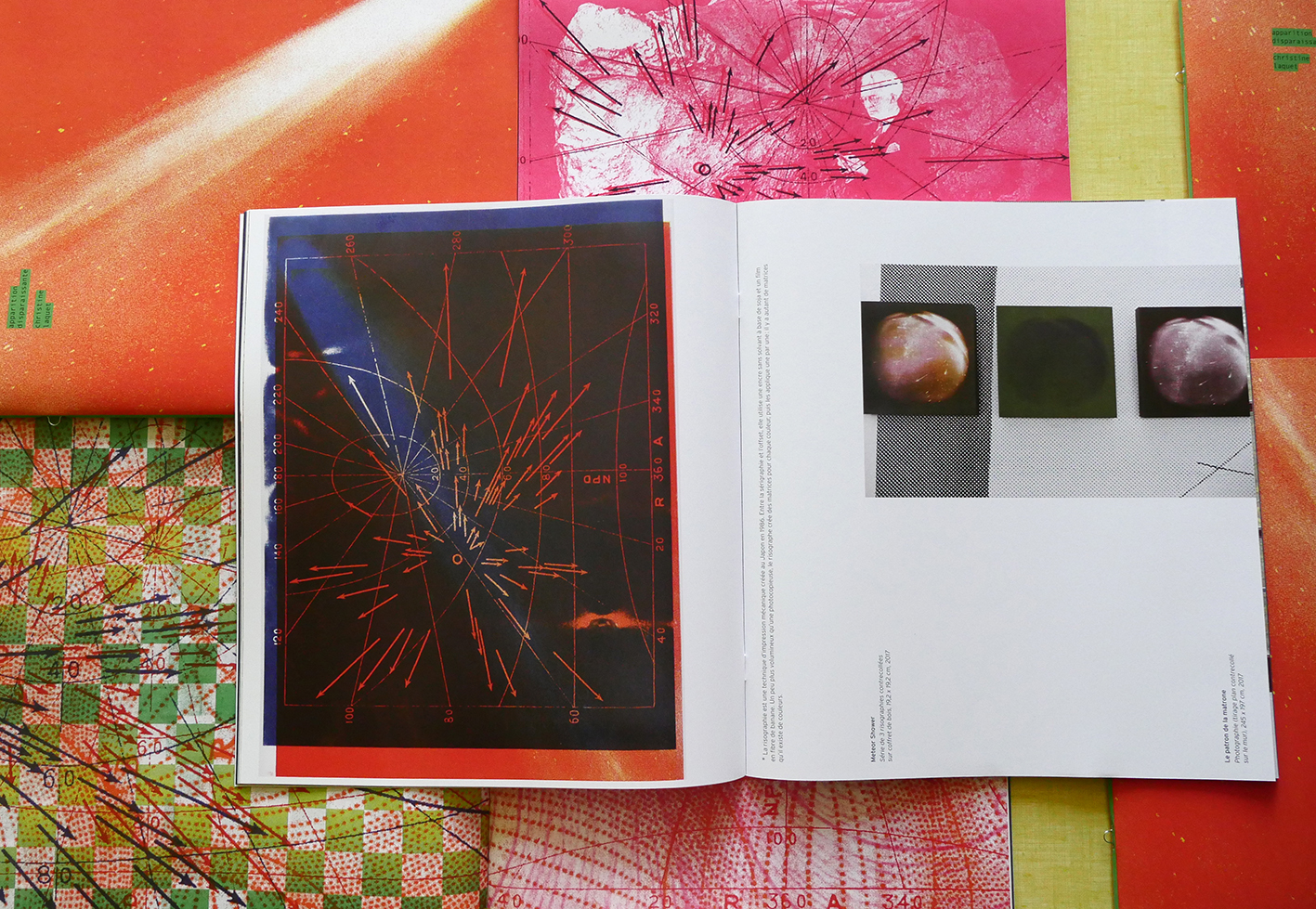 Setup of the exhibition and talk with Christine Laquet by Film Fabrica: