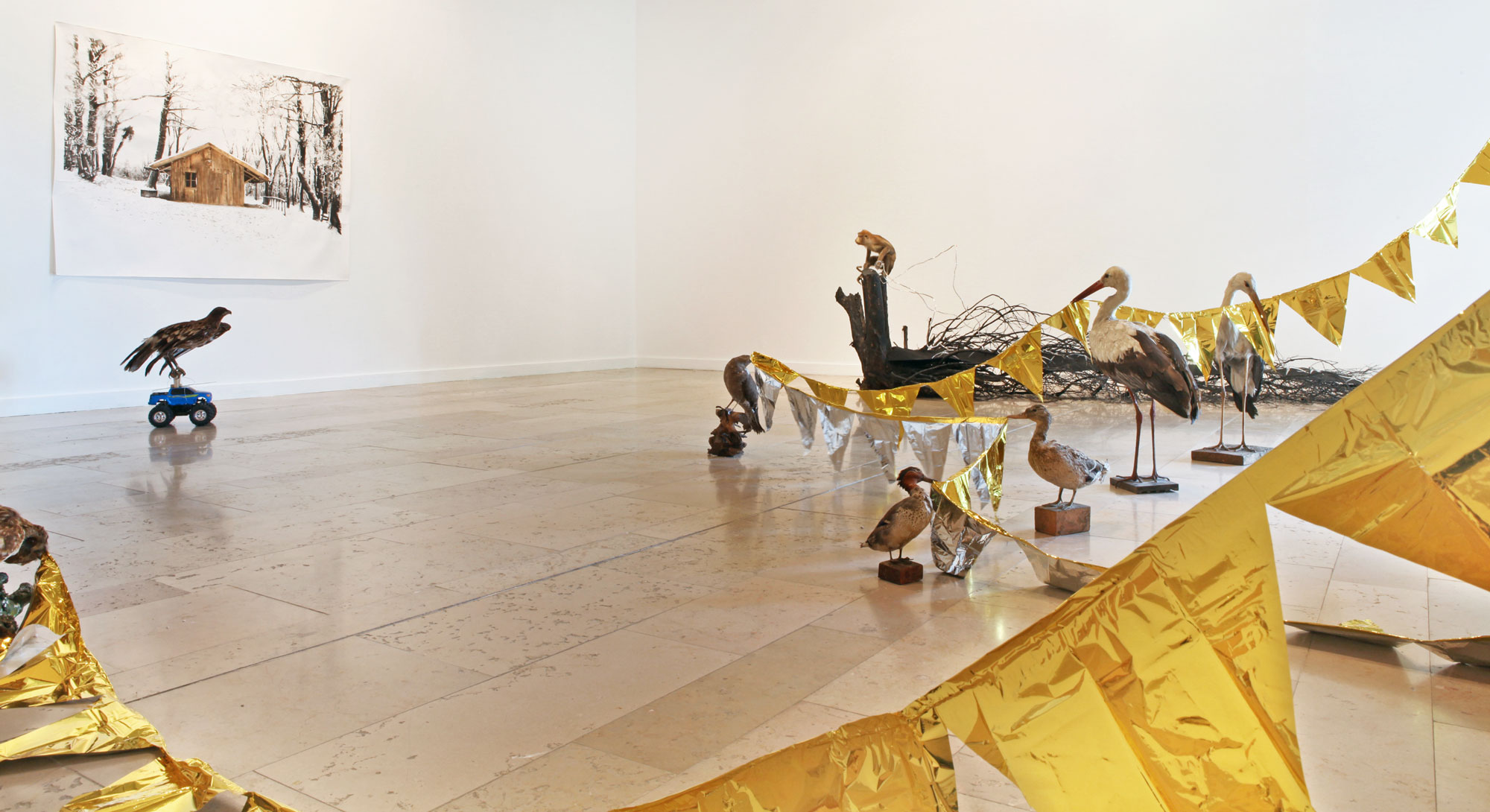 La probabilité du ricochet questions the possible echoes between the artist’s works, while taking actions that disturb the readability of the whole. The coherence of the exhibition is then held in this common thread which is the link between men, the living or social rites. Christine Laquet’s installations are inviting to a feeling of strangeness, like if she could stop the course of thoughts, freeze frames, offer suspended moments, and make us see what we can normally not see. Here, the viewers are put in a state of alertness, a keen awareness of what surrounds them.

The photographic series Moralities refers to the Fontaine Fables. From generation to generation (in France and since the 17th century), its “moralizing concerns” have been transmitted through the animal figures. But behind “the moral” that each particular animal transmit, stays the precariousness of life, and we found ourselves participating to a story that is inevitable at the end, between the marvelous and survival instinct. C.L. 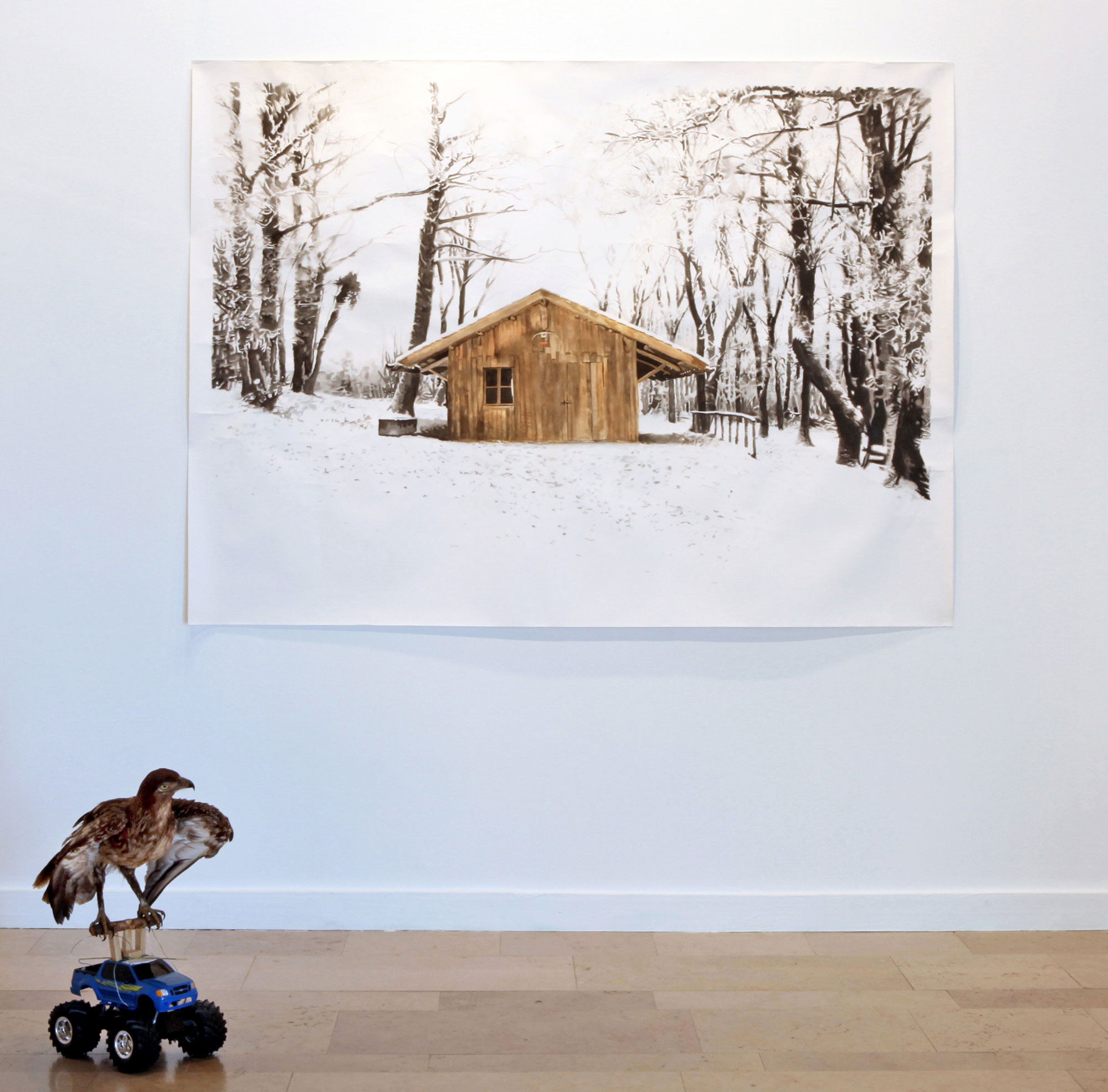