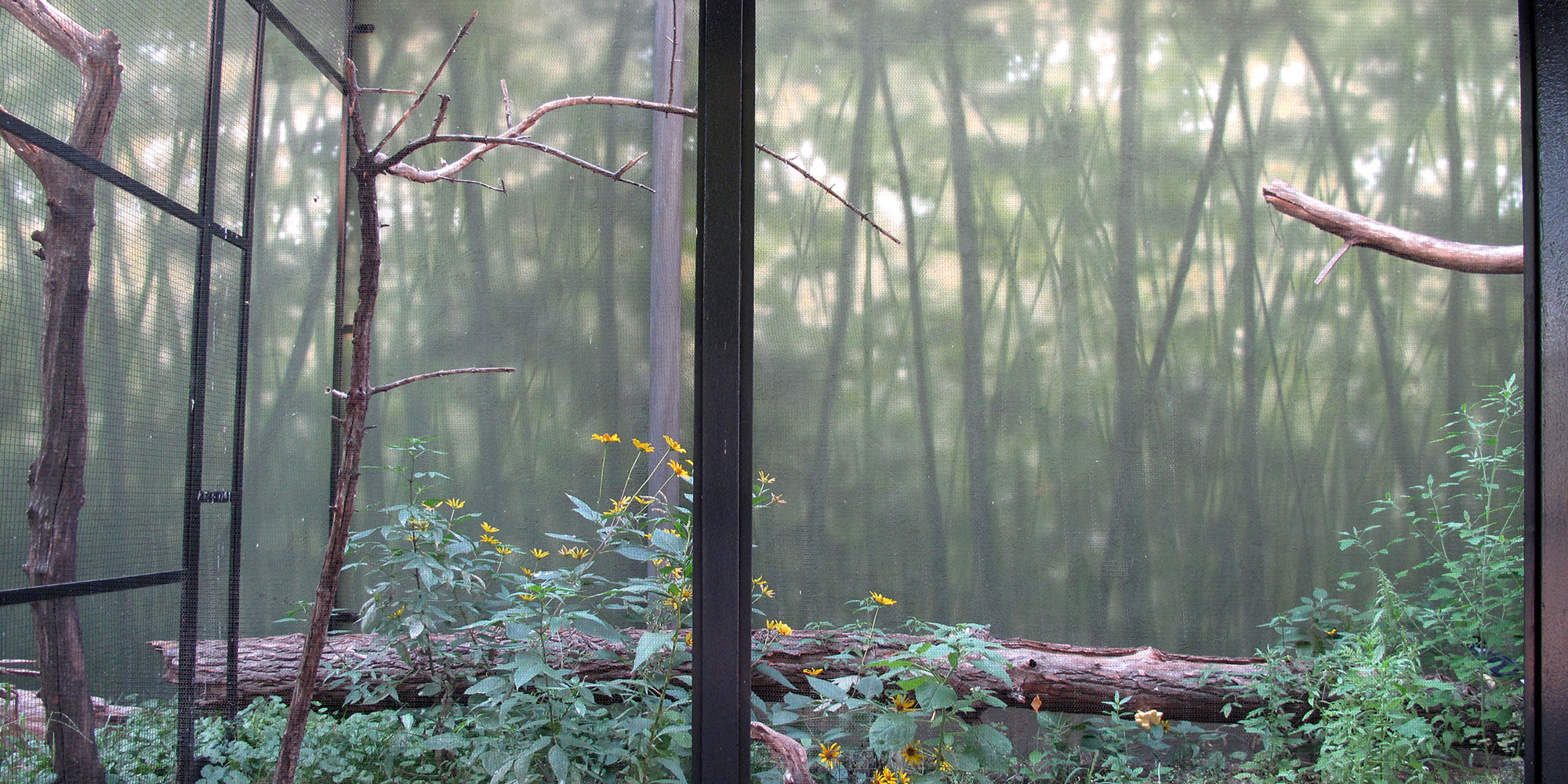 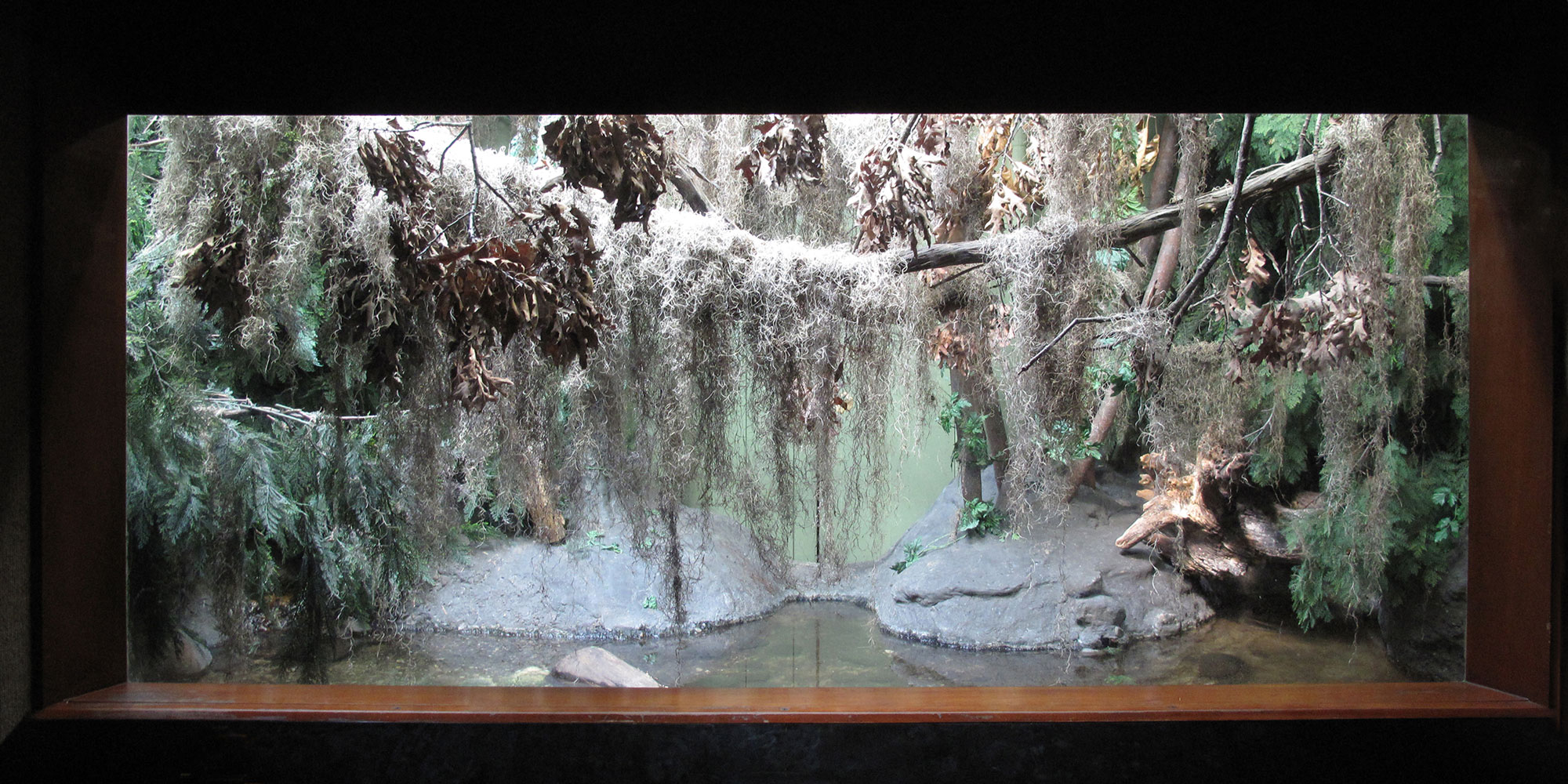 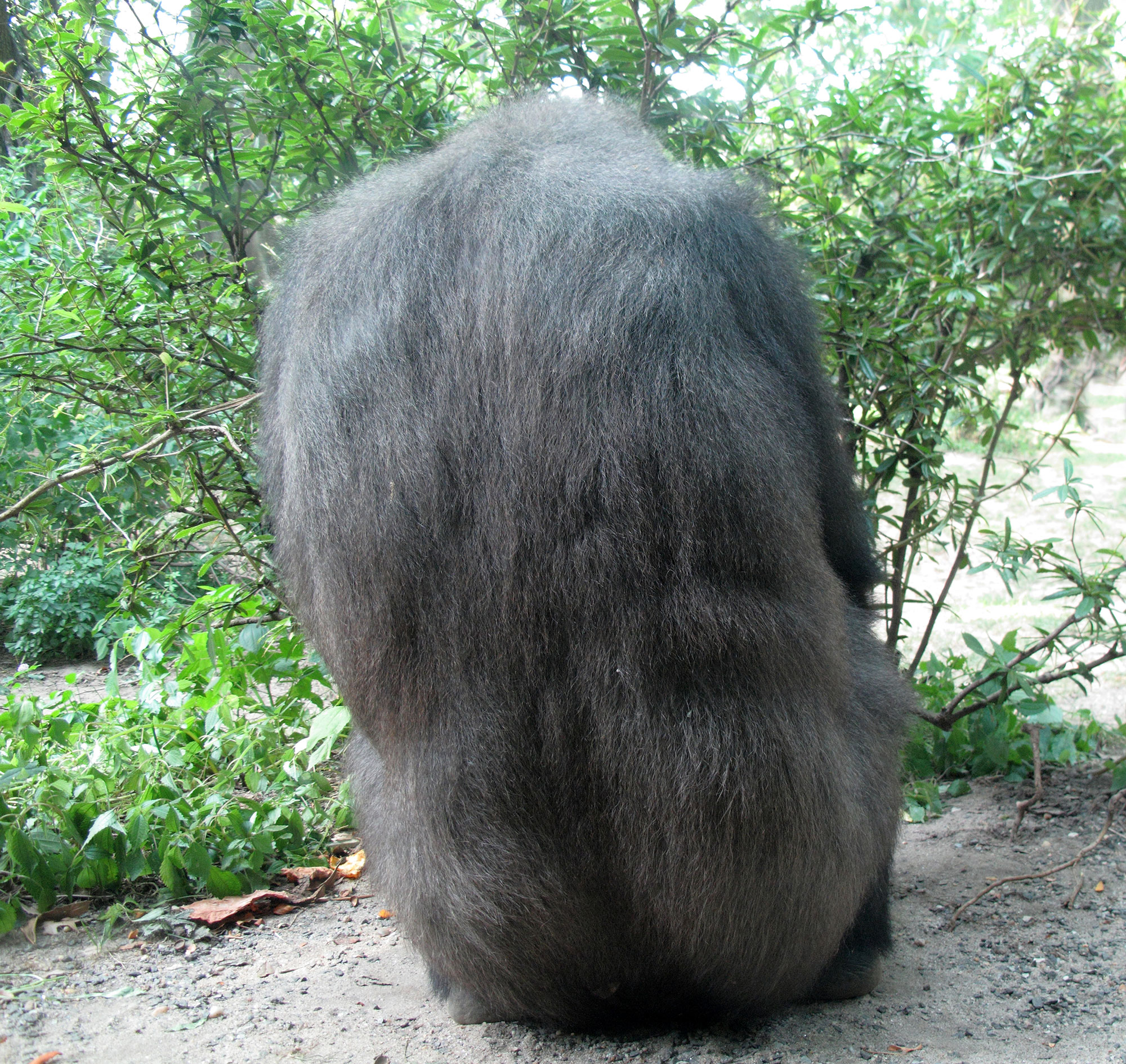 A (do) nimal is a series of three photographs, that takes its name from the Latin ADEO (going towards someone) and ANIMALIS (which is lively) and proposes to linger on the question of the living (human or non-human being), while addressing it to the main viewer of the building: adolescents. Installed in the middle school’s park, I imagined those photographs as a place for contemplation and of meditation around the notion of “becoming-animal” by G. Deleuze and F. Guattari in Thousand Plateaus ; “It is not imitating the animal, it is not about making the animal”, to become an animal is to go far outside of yourself, to leave your home, to “deterritorialize” oneself, to go towards new limits, inhuman limits, and to invent new worlds of thought.
The two panoramas are endowed with a fragile beauty and harmonious force. On closer inspection, they are fictitious. These landscapes are pictures taken from the largest artificial tropical forest in the world. Entirely created by man, the Zoological Park of the Bronx (USA) is avoiding cages to place the animals in an environment so close to their natural ones, that the roles with the visitors are almost reversed.
In counterpoint, there is a squared photography of the slightly sloping back of a gorilla. Being confronted to the reverse side of the animal, the viewer is confronted to his thick fur that outlines the contours of a powerful body. For younger students, the animal size is similar to theirs, but their growth will increase quickly. This photograph serves as much as a time marker, as it might lead them to their relation to nature and animals, to question the notion of savage and its representation or its limits, while leaving a large part to the imagination.
C.L. 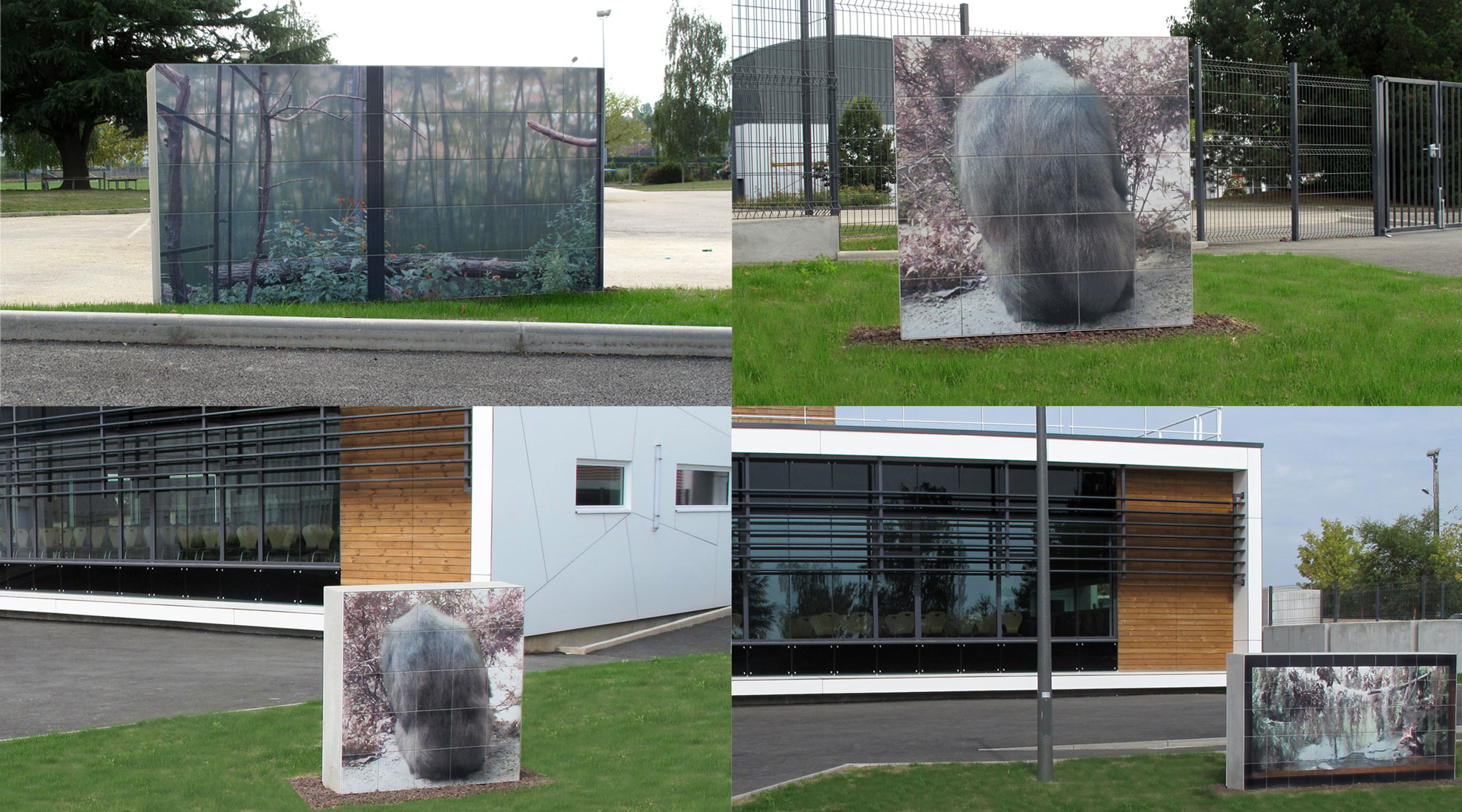