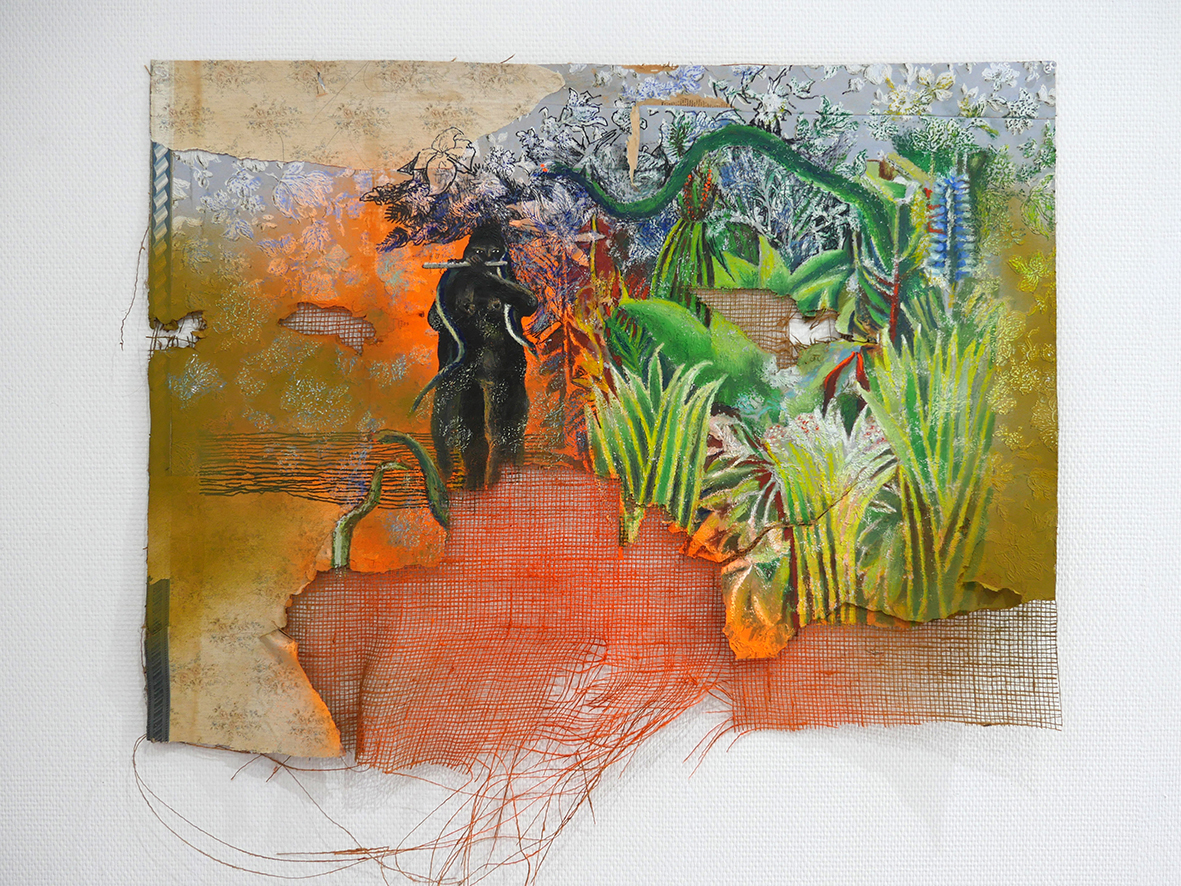 Porte Beucheresse is a historical building in downtown Laval, where the painter Henri Rousseau was born. Only one part of the building is occupied: by a gallery where I was about to have my solo show. While visiting the space, I was able to access the abandoned part of the medieval building. Despite the fact that the naive painter produced a major work composed of exotic landscapes and animals, he traveled very little in his life, borrowing his inspiration directly from the Natural Science Museums collections. I am equally fascinated by these museums, that I regularly solicit for my work. As a tribute to Rousseau, I was able to withdrawn some old wallpapers coming from his birthplace, on which I interpreted one of his famous paintings: The Snake Charmer. As if to re-activate its charm, I dreamed that the sound of the flute could tame our fears and change the course of things. C.L. 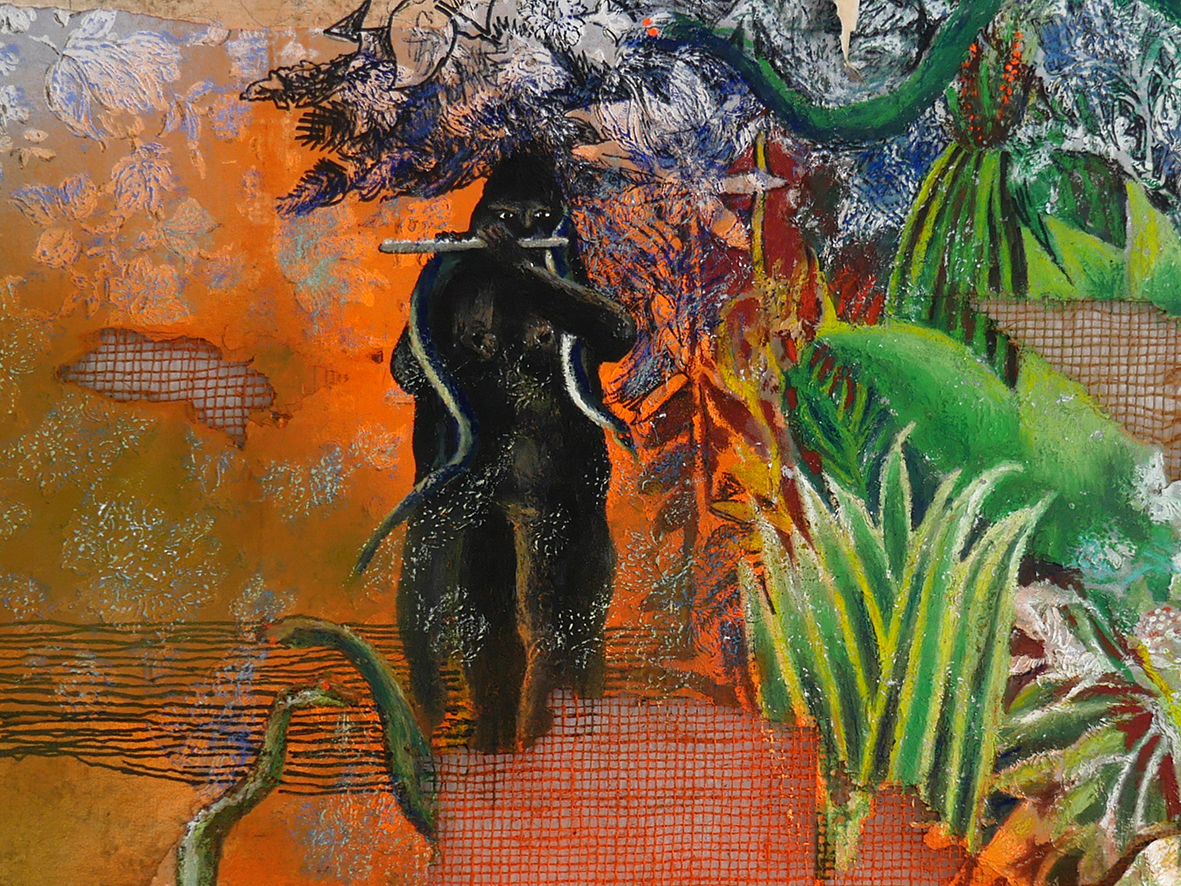 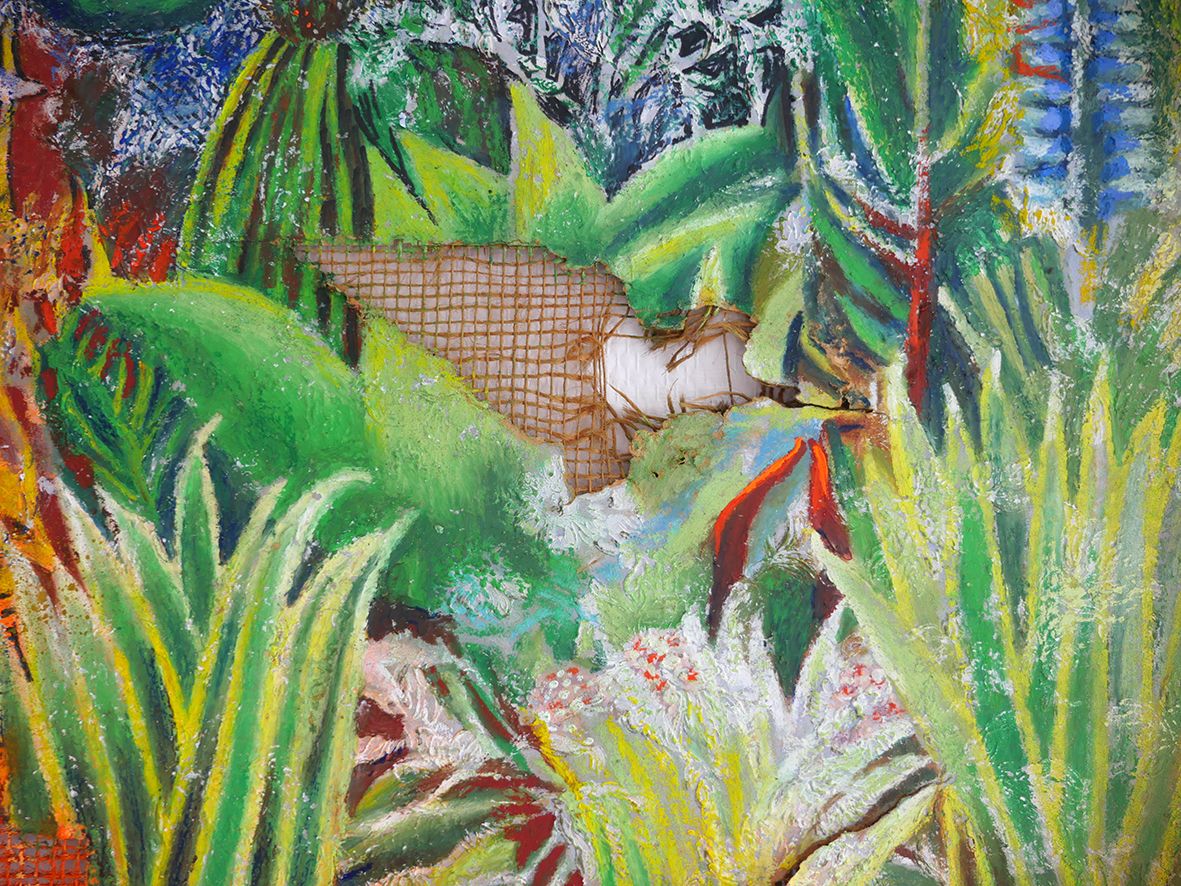 Link to the exhibition DIS-APPEAR-RE-APPEAR-