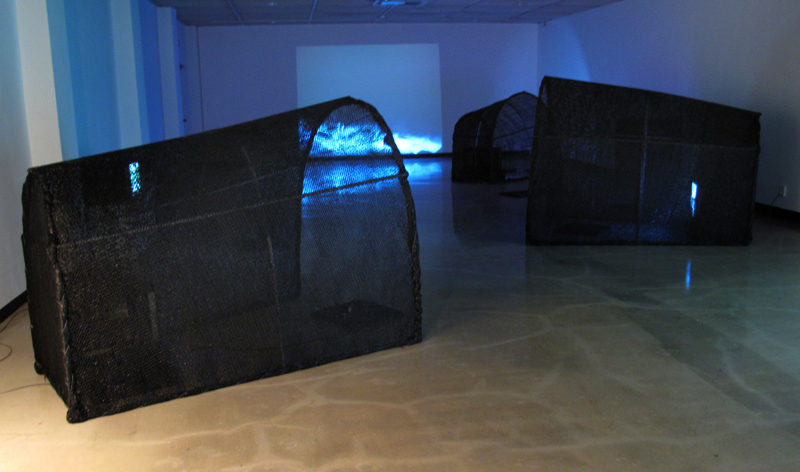 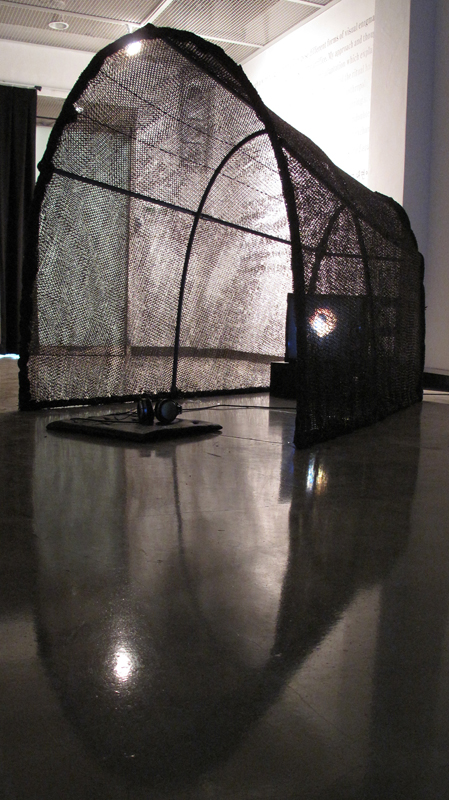 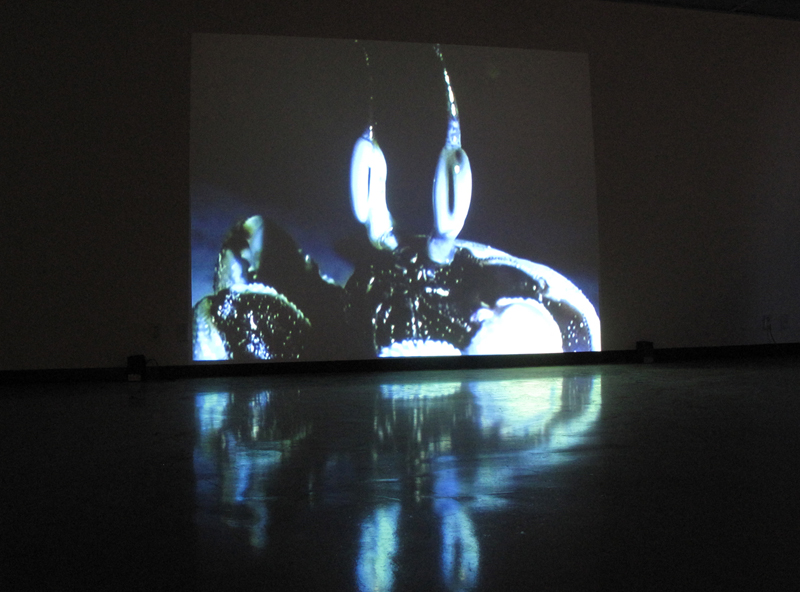 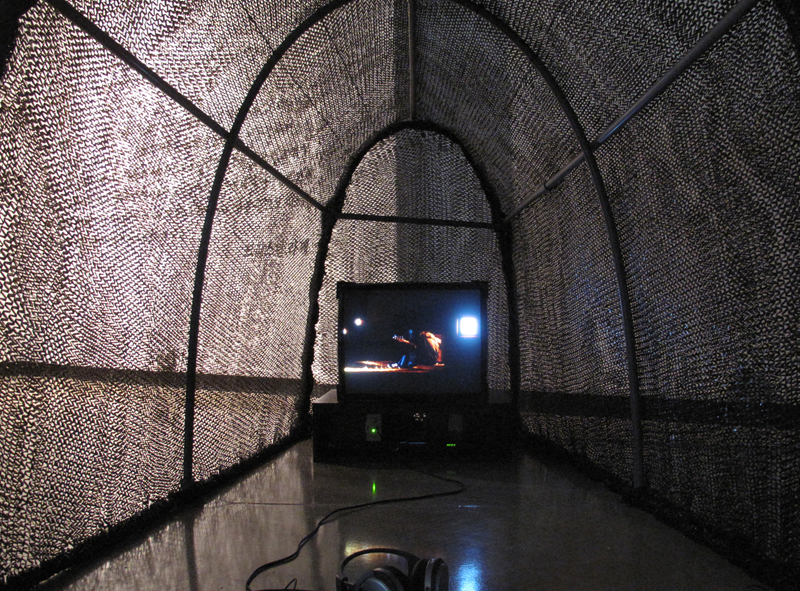 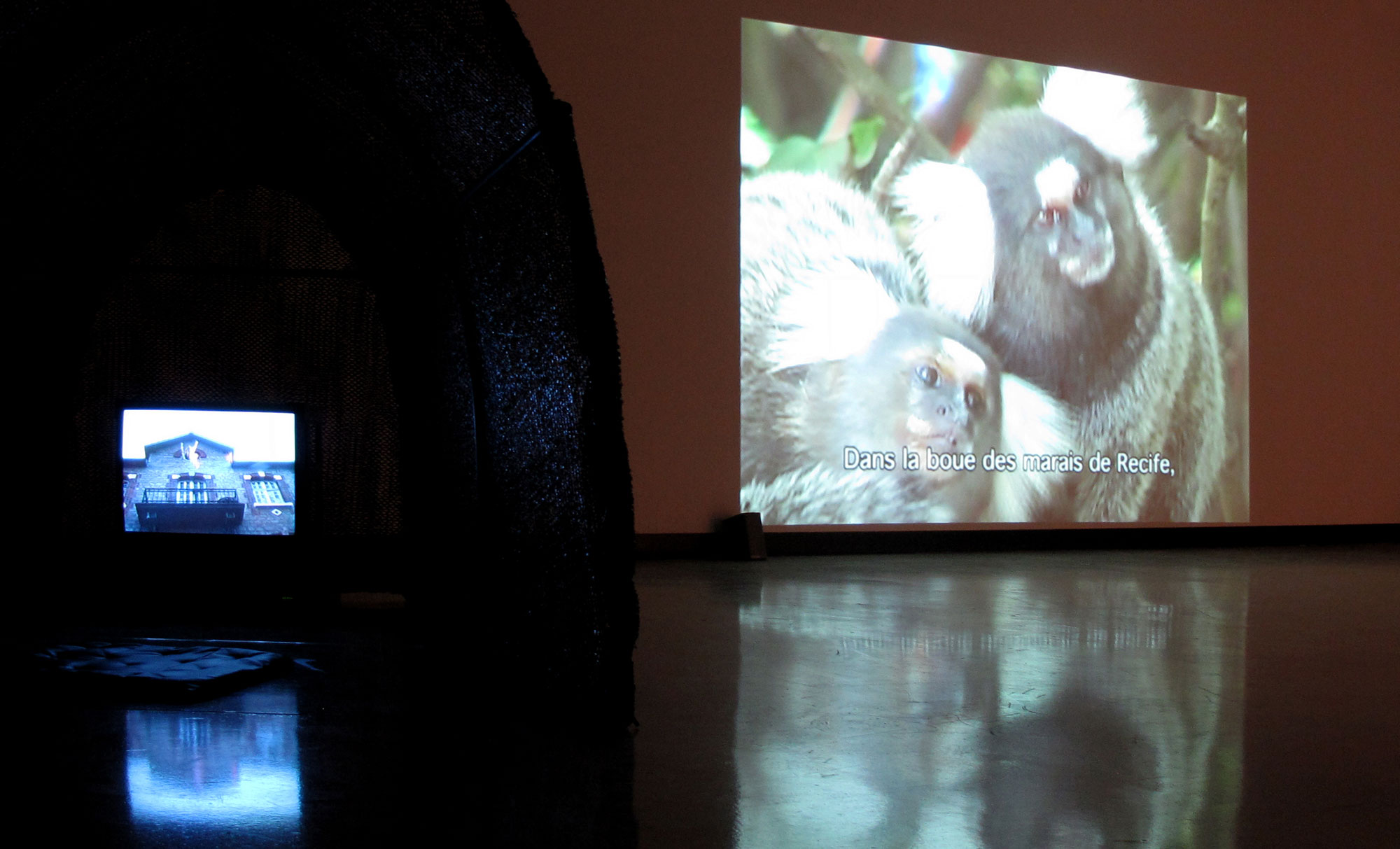 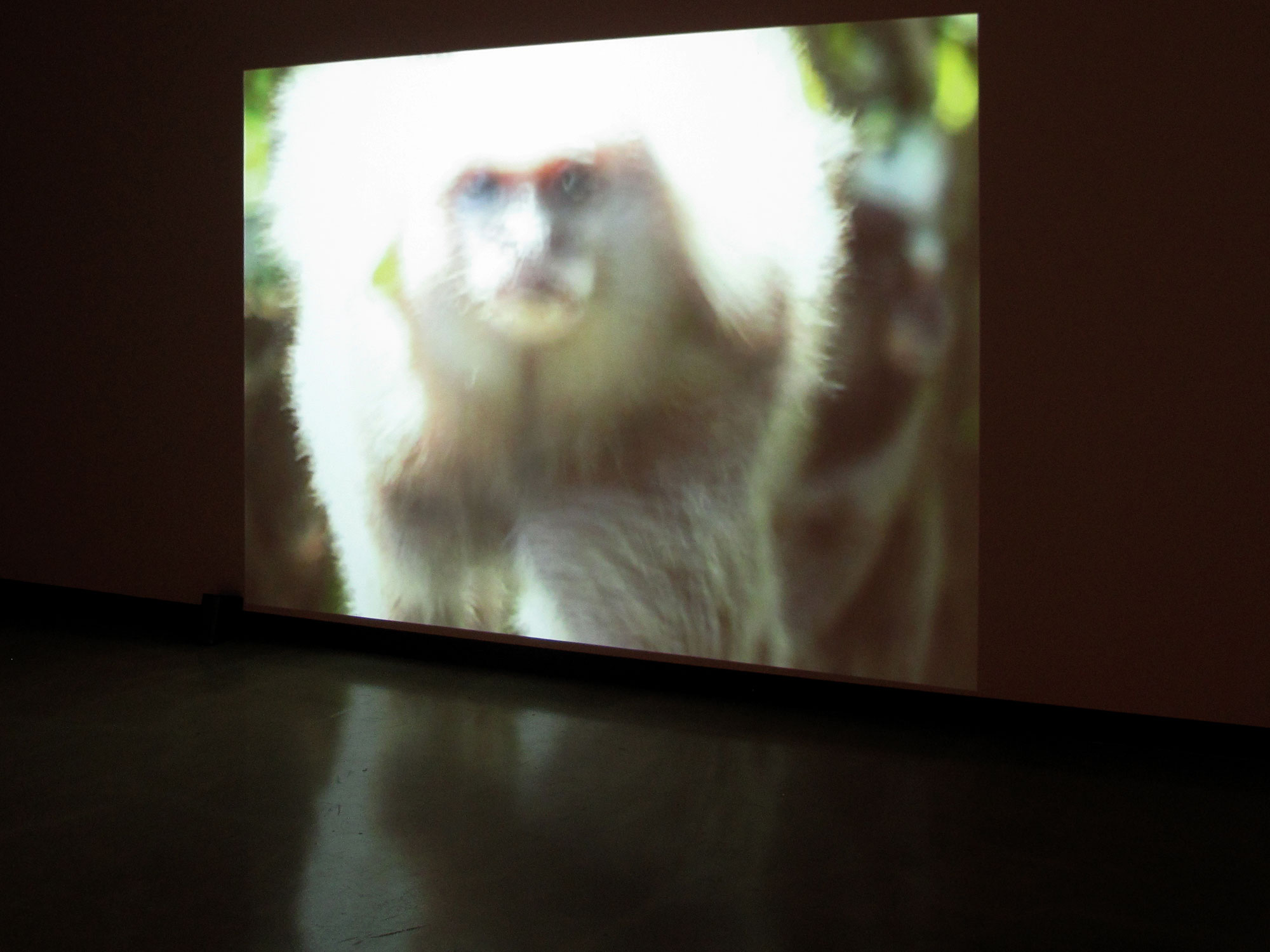 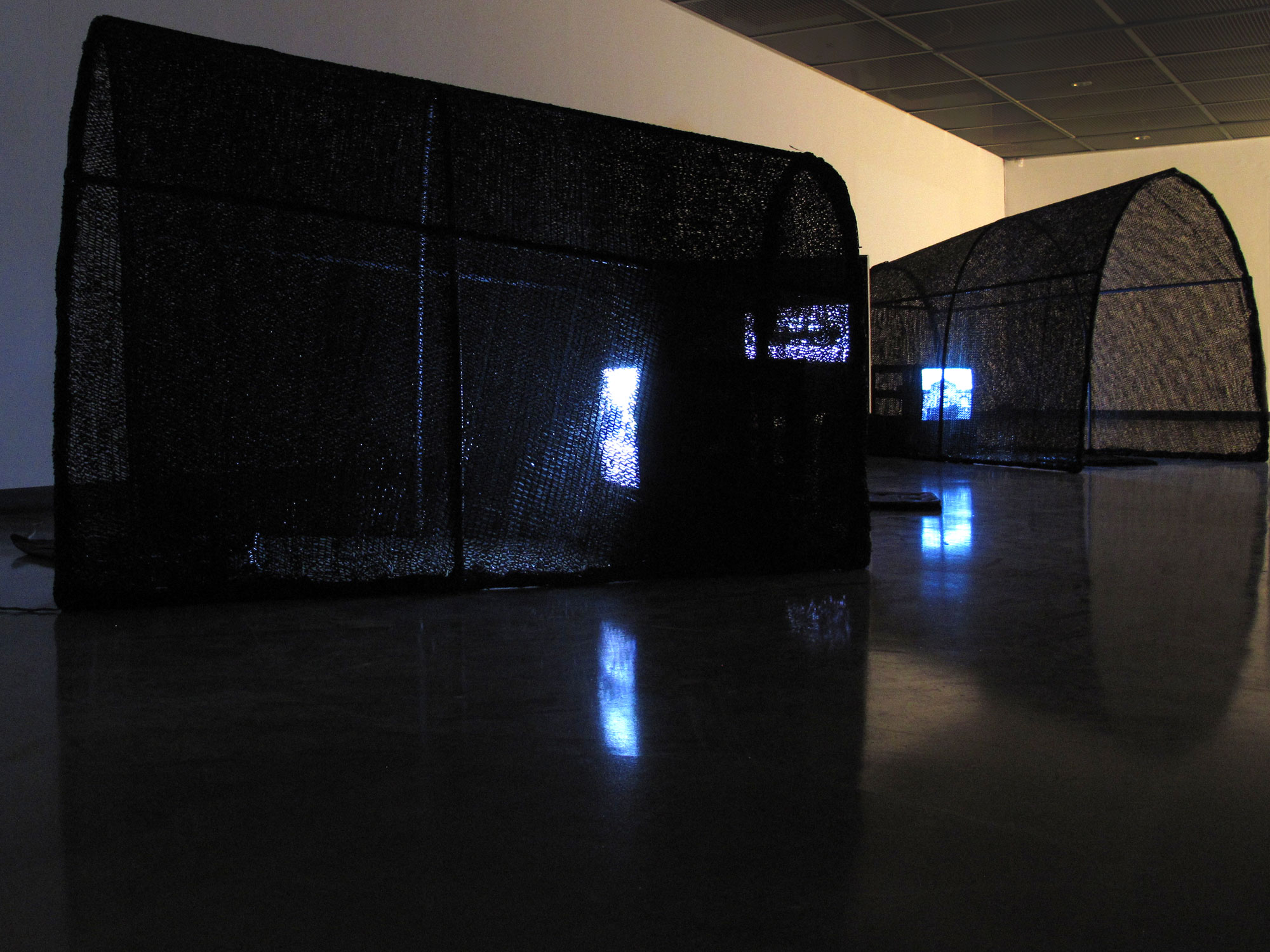 The body of 7 videos realized by Laquet was produced between 2004-10 and are articulated in a landscape-like, where architectures – sort of huts – were built with mesh structures with tubular frames, used in the Gyeonggi Region. Bruit qui pense is an exhibition that takes a look at the soundscape, like an expanded movie theater, it highlights the complexity of the relationship between image and sound that emanates, so that noise becomes a linky material.

Link to I see the sea and the see sees me – Christine Laquet artist’s book. Texts: Christine Laquet, Jean-Louis Poitevin. Ed. Book Society, Seoul.
In Korea Laquet met the shaman Sul-Hwa Kim, who invited her to become her “shaman daughter”. In the form of an initiatory dialogue, it explores an improbable encounter that questions crossed-views or singular ways of seeing, through photography, text, and drawing.