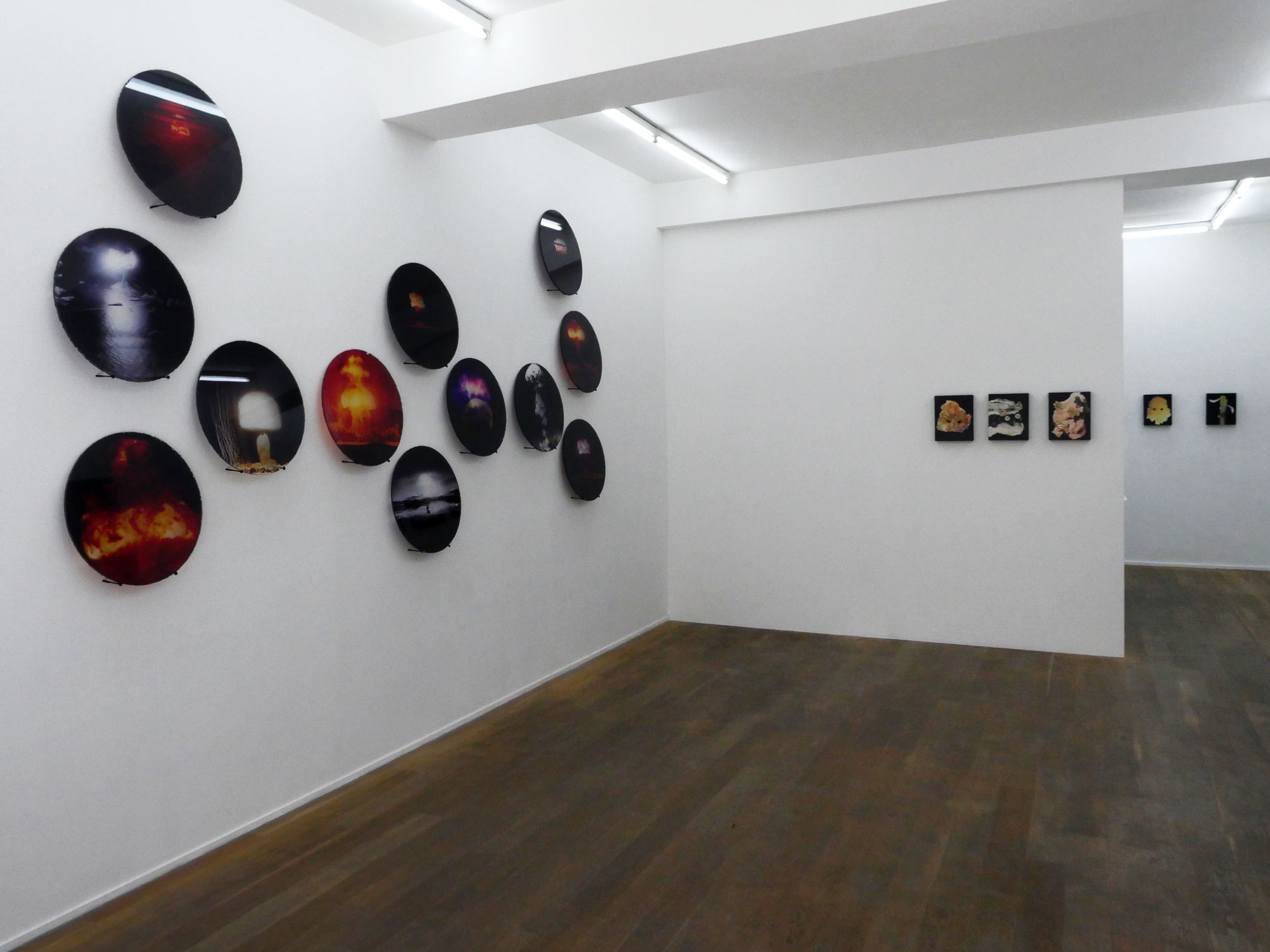 For her solo show Christine Laquet proposes the form of a parade to which is affixed the adjective bilateral, a term usually used in politics. The artist thus engages a creative dialectic, as if agreements or mutual commitment were necessary. Penetrating into the history of the earth’s depths, starting from images of rocky strata and referring to this time called the anthropocene, the artist evokes the disorder of an ongoing era and encourages one to renew relationships with the living. Inspired by the anthropologist Philippe Descola, she intends to go beyond this dualist Western position, by stipulating that nature is itself a social production, and that the four modes of identification (totemism, animism, analogism, and naturalism) have a strong common repository. 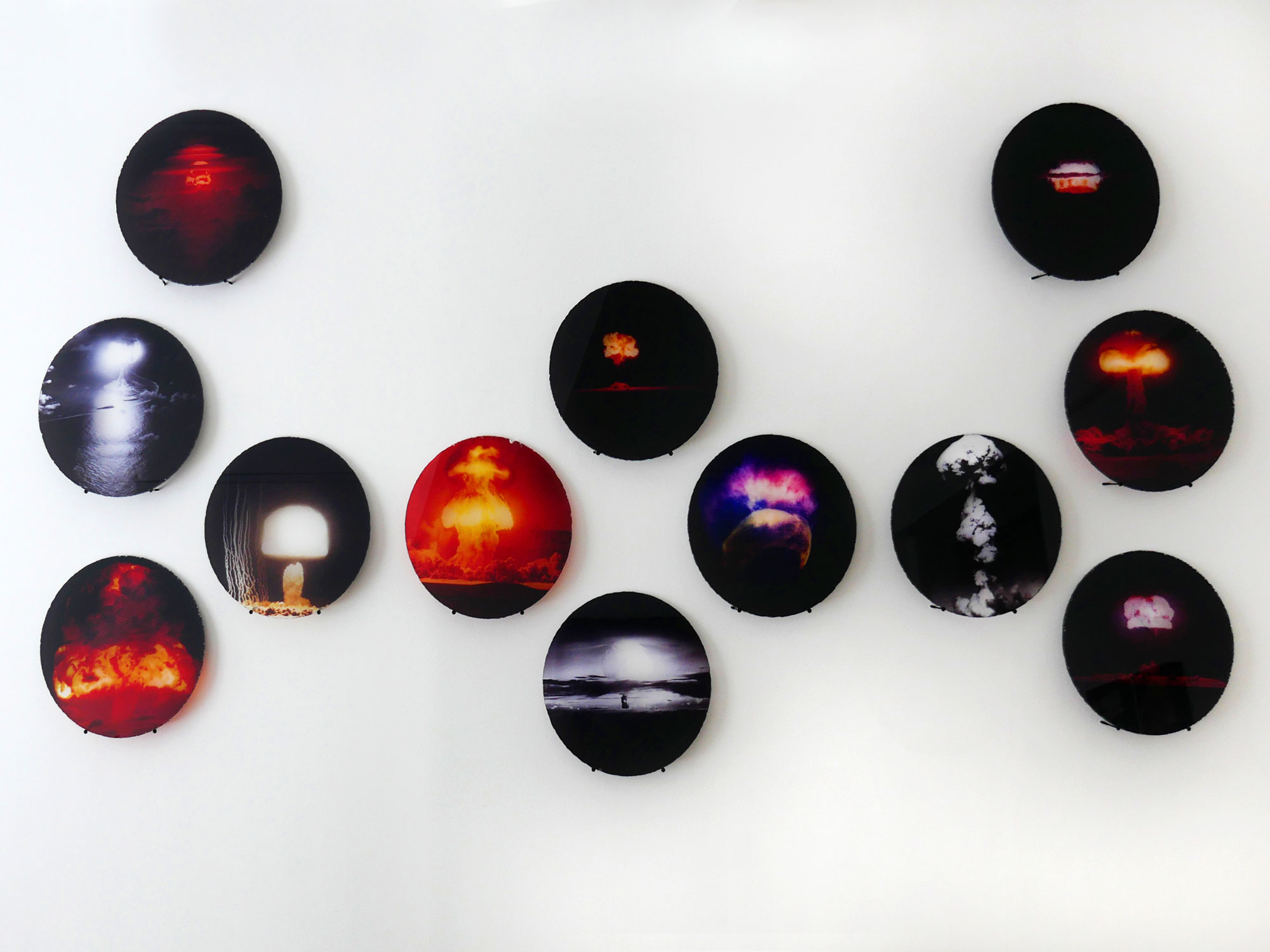 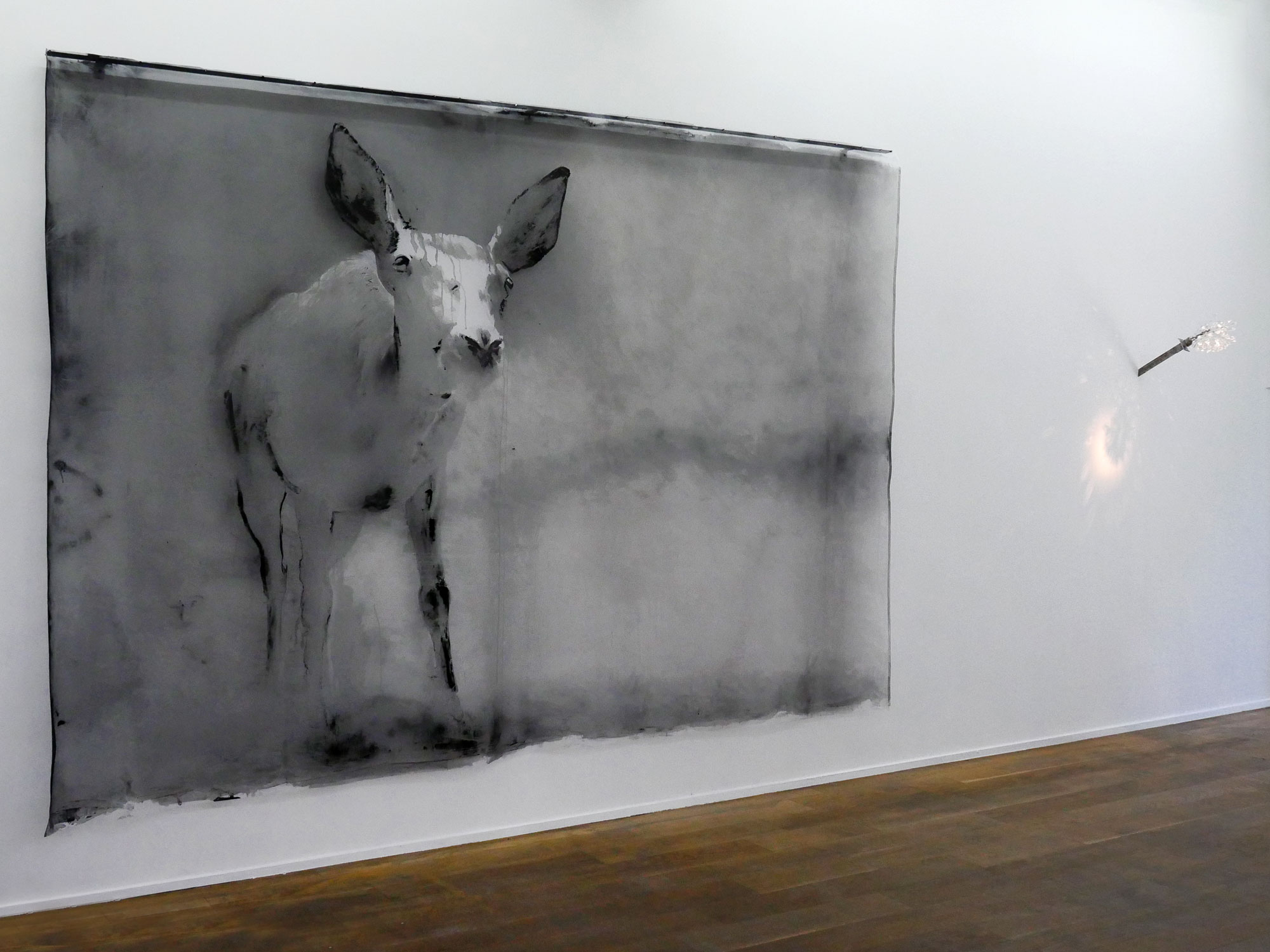 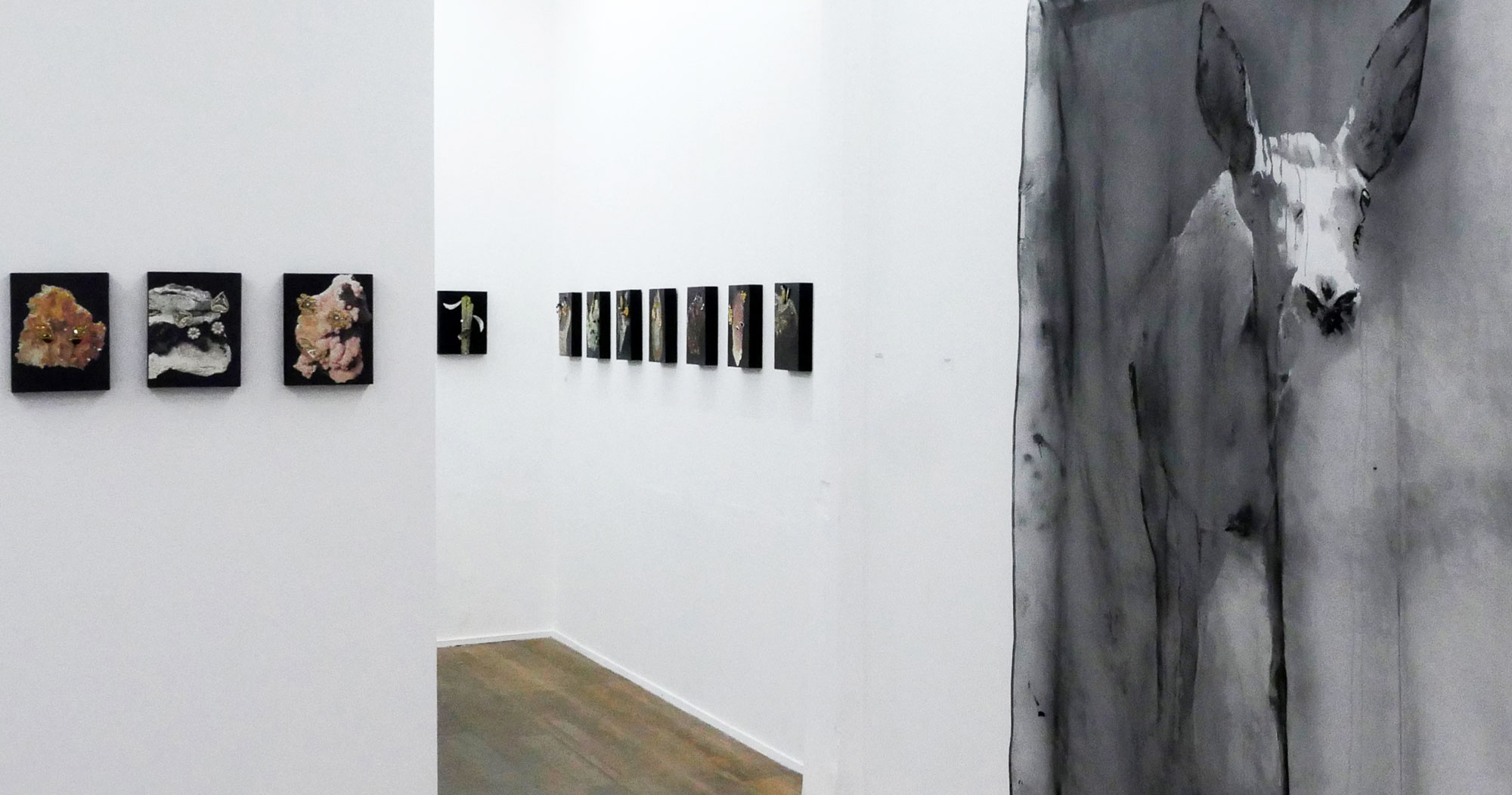 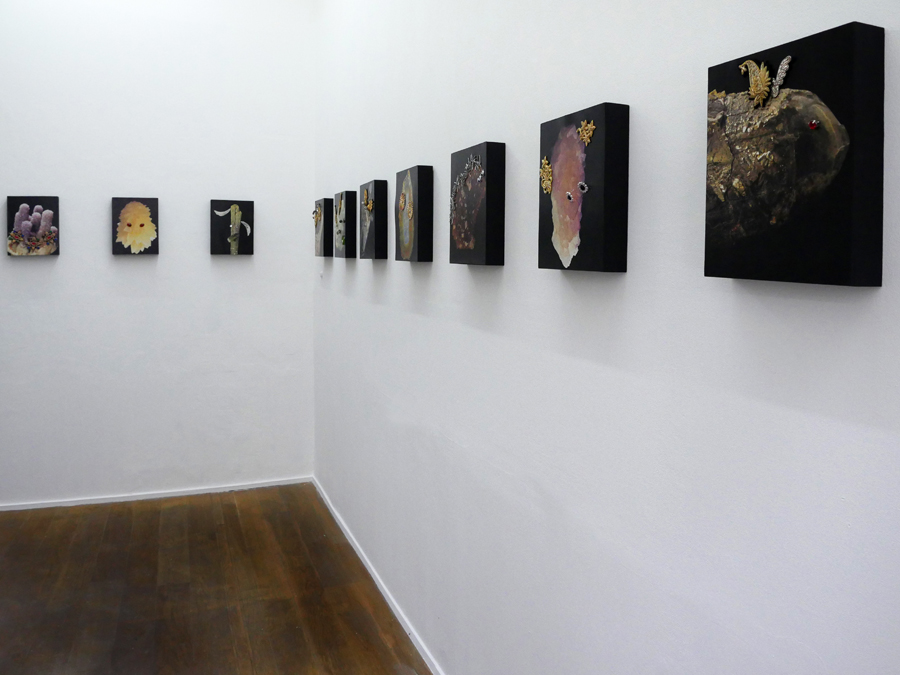 True memories of the planet, certain stones seem to contain both the original past and the future. They seem frozen in time, but their strata are the sign of perpetual movement: they induce a dilation of time. On specimens’ strength is a gallery of portraits which borrows from the cabinet of curiosity. Photographed with a black background, each precious stone corresponds to a specimen that I illuminate with embroidered trimmings and synthetic stones, to bring out unexpected traits and to examine the border between its animate and inanimate nature. This series refers to the Treasures of the catacombs (Paul Koudounaris, 2013). Discovered in Italy in the 16th century were incredible skeletons of saints adorned with stones, as if the mineral imbued with supernatural powers embodies the soul at the heart of matter. C.L.
“Every stone is a mountain in power, every man is a grain of sand, a force of resistance.” Roger Caillois, La Lecture des Pierres, Xavier Barral / Paris Natural History Museum, 2015.