IF BY LOVE POSSESSED 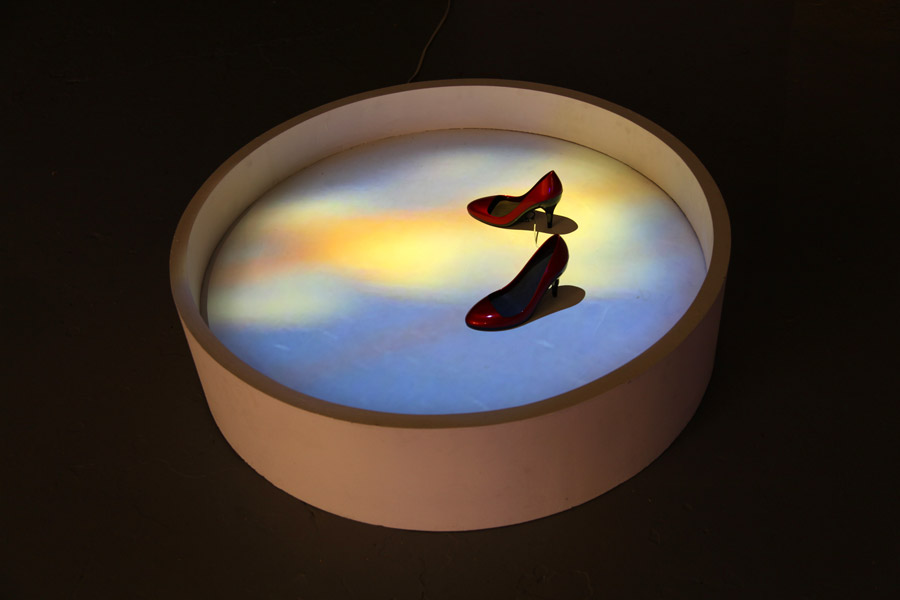 The video projection from the ceiling onto the plateform is fluctuating between close-ups of slow-moving jellyfish and blurry snow scenes, and are accompanied by an audio track (high heels loudspeakers). If by love possessed, is an interview Laquet did with a very feminine voice: a “Doctor in Monsterology” – a discussion of what, where, and who could be the contemporary monster. C.L. 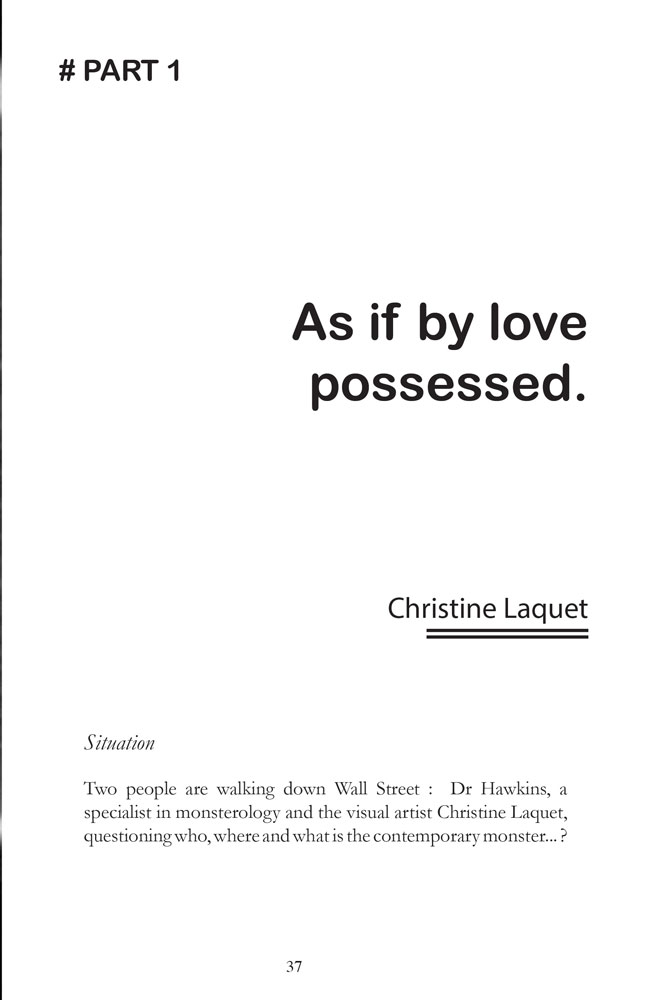 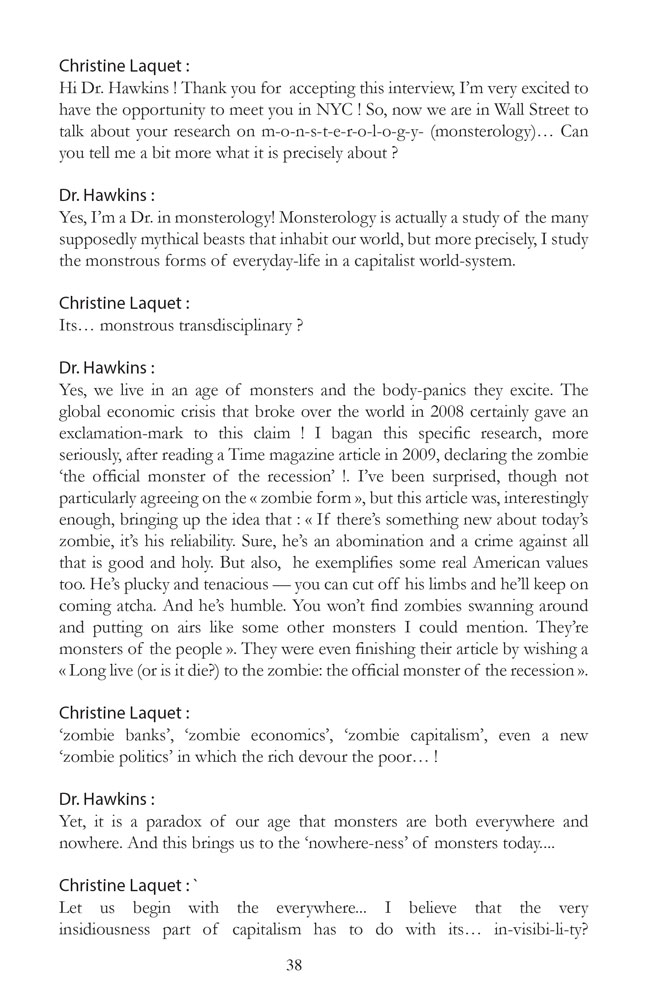 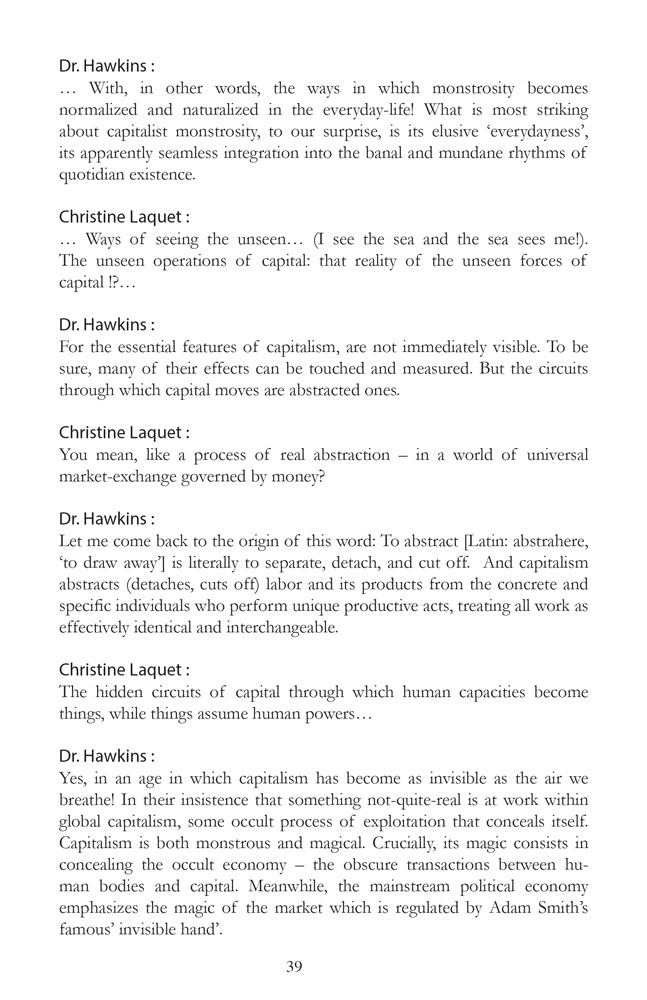 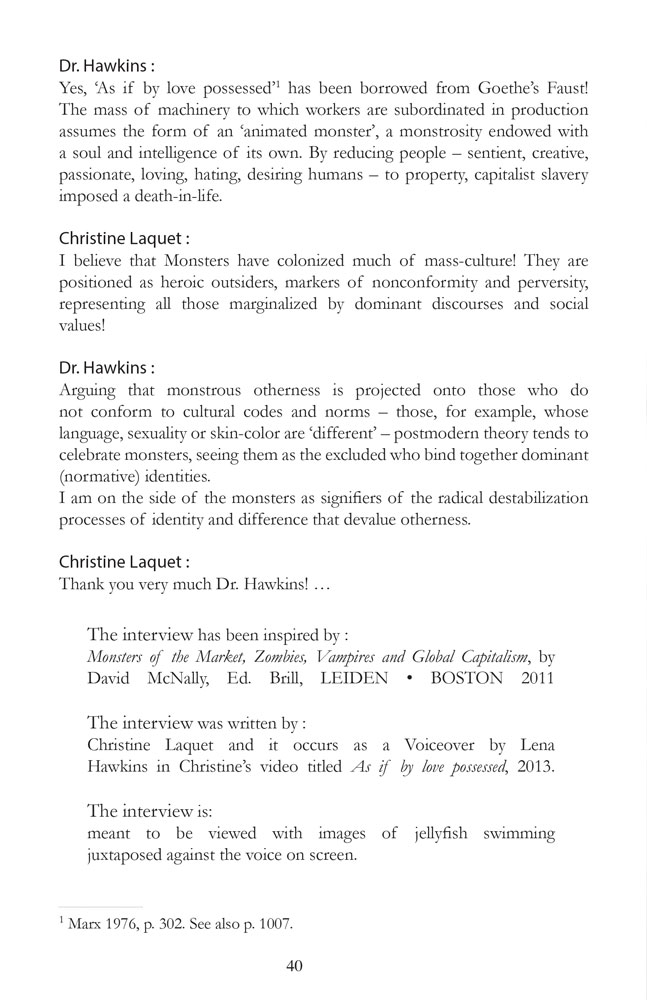