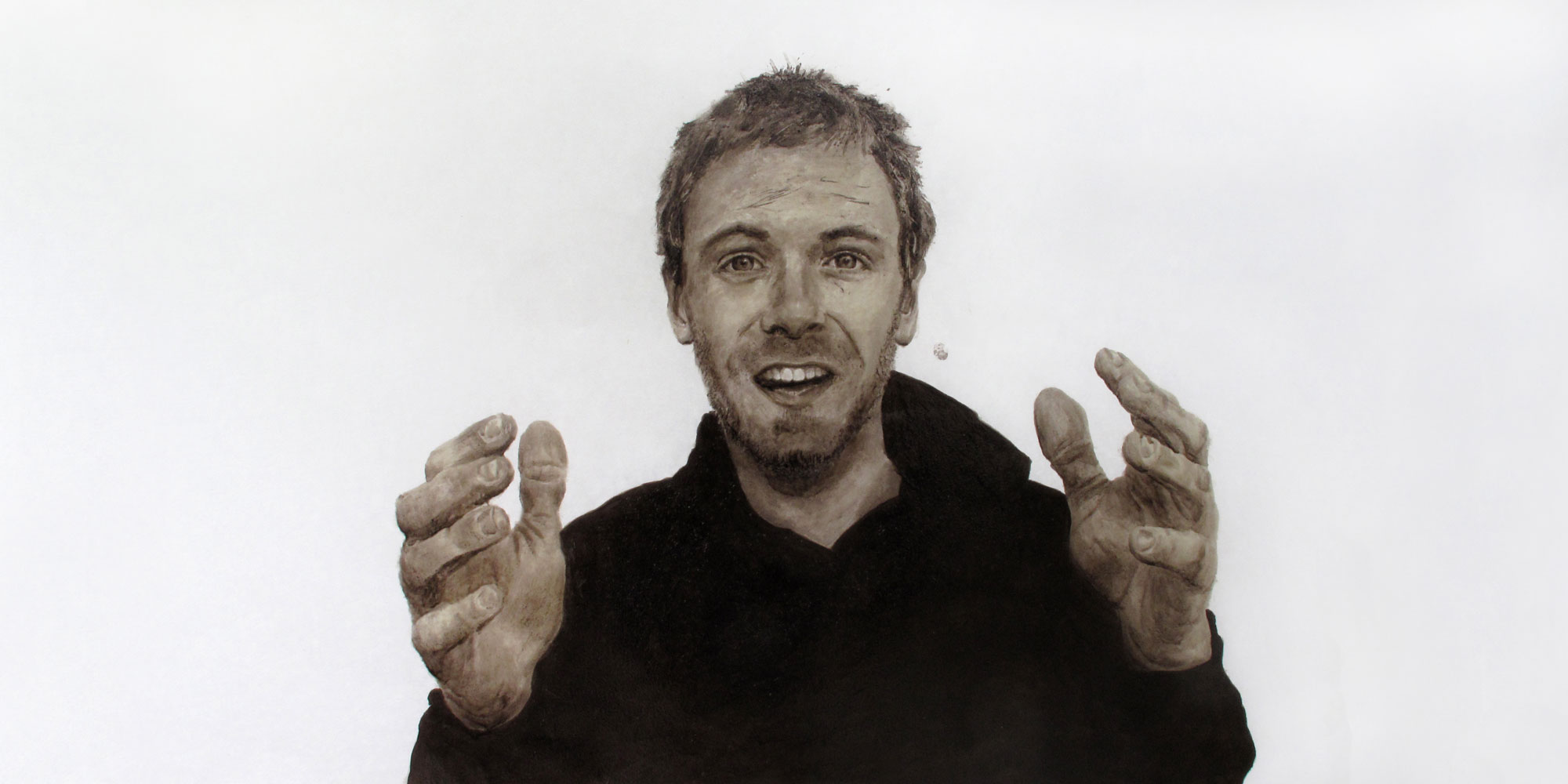 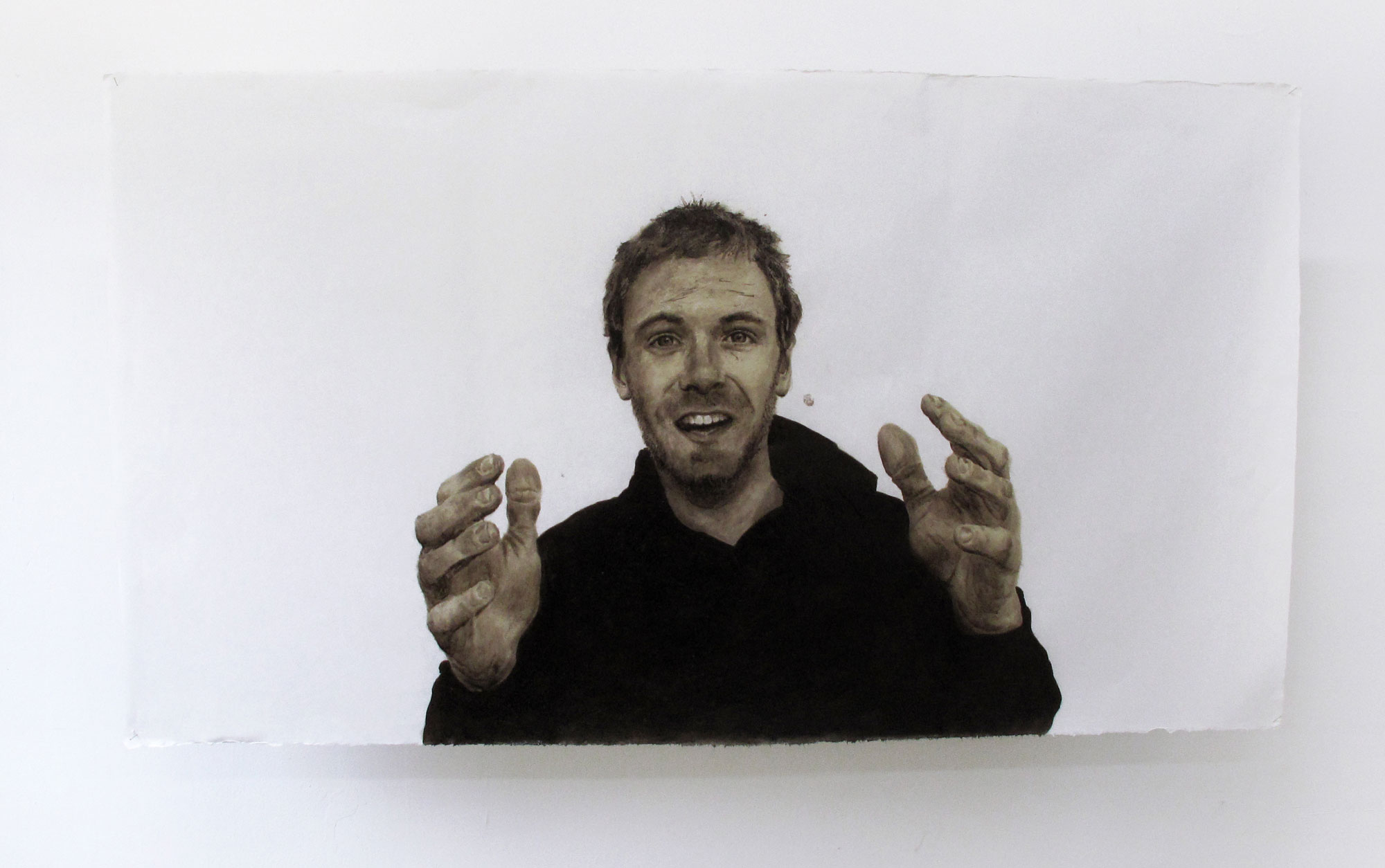 “Achieved gesture #1 is focusing on universal gestures with a strong emotional and symbolic charge. It encloses the question raised by the held out hands, the priest’s or the politician’s imploring gesture, but also every man’s gesture when facing adversity. What matters in the resin on paper painting is more the gesture than the portrait itself, a gesture figuring, in its very existence, the mere distance or the void between the two hands. The expression here comes from the hands. They are held out, open, welcoming, calling may be, they are not offering anything real, are not carrying anything and yet their message is that going toward someone or something is opening oneself to someone or something else, in full acceptance, be it a friend, an animal, a spirit or a god.”  Jean-Louis Poitevin text’s extract from Message and messengers in I SEE THE SEA AND THE SEA SEES ME – Christine Laquet, 2011. 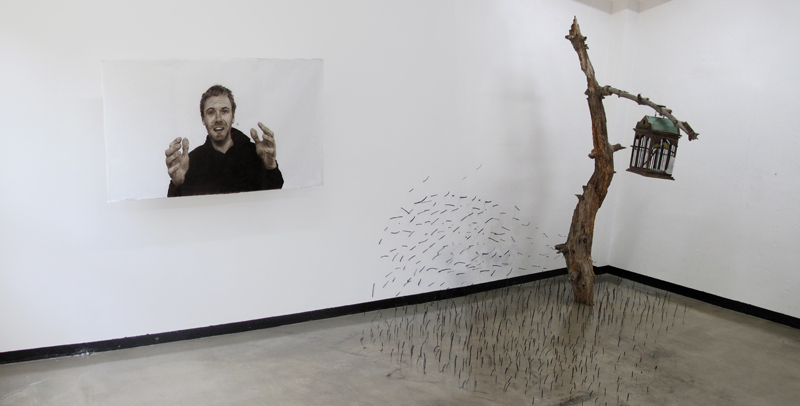 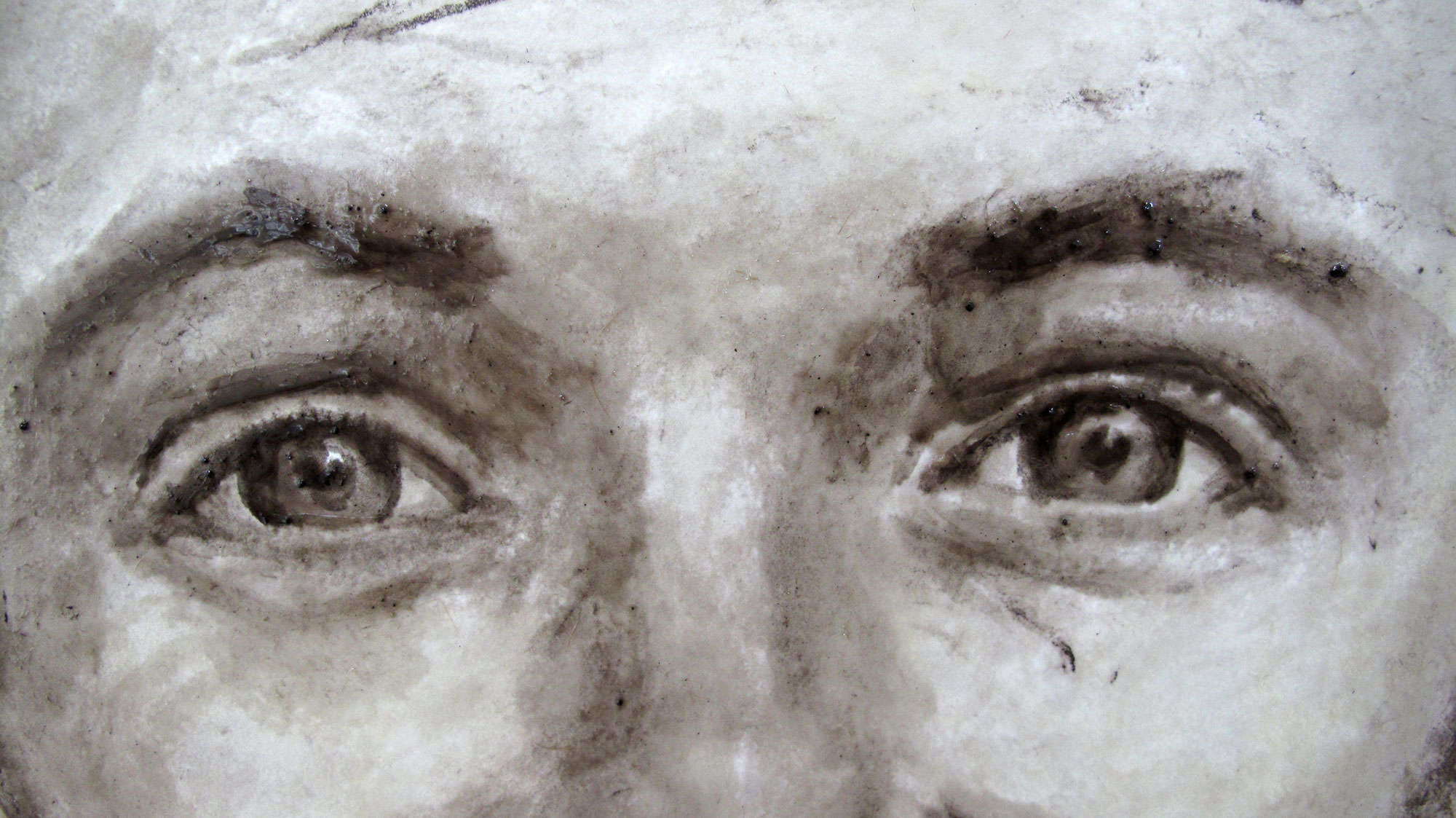