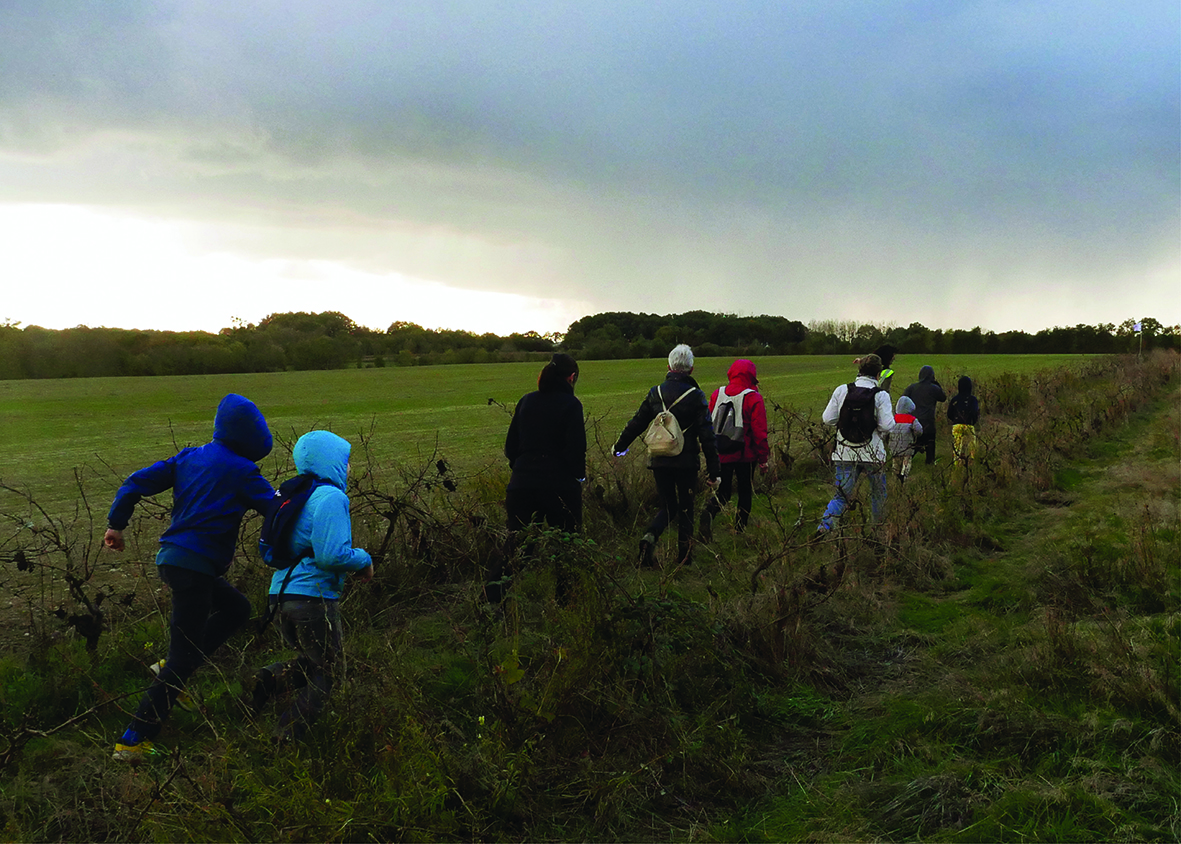 After this journey, participants were invited to take part in a “meteorization” ritual. Reflecting on Dürer’s Melencolia, where the presence of a polyhedron is central in the engraving, I discovered a common thread with the Rocheservière meteorite: the number of faces is identical. I drew a polyhedron, which became a mold that I commissioned a baker to use to shape a “meteorite brioche”, which was also the meteorite’s exact weight (5.396kg). This culinary specialty of the region was enjoyed by the public to conclude the ritual observance.