“Gunung takes its name from a Korean shamanic ritual which accompanies the souls of the dead through sacrifices. During a residence in Korea, the artist had indeed met a shaman, Sul-Wha Kim, who invited her to attend one of his rituals. The shaman had recognized Christine Laquet, she explains, even though they did not know each other. Strangeness and complexity of this meeting which abolish borders. During the resulting performance, Robert Steijn embodied a « screen-man ». He was holding the screen of this ritual, providing a physical distance and questioning our Western view on shamanistic rituals. The performance materializes the meeting for Christine Laquet and according to her, it can not take place without a ritual. The use of body and gaze moves her practice from visual art to performance and enlarges her field of investigation.” Julien Zerbone 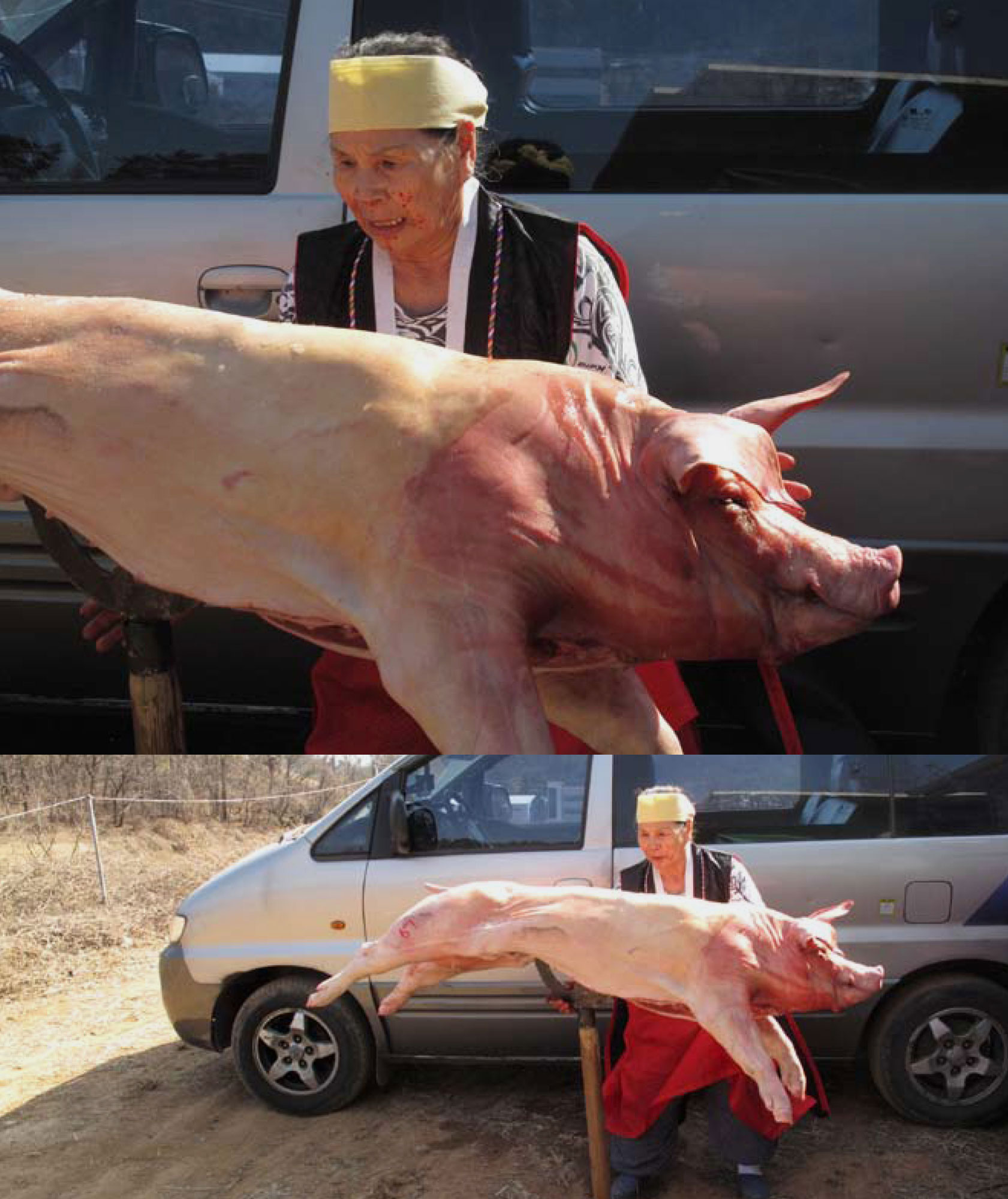 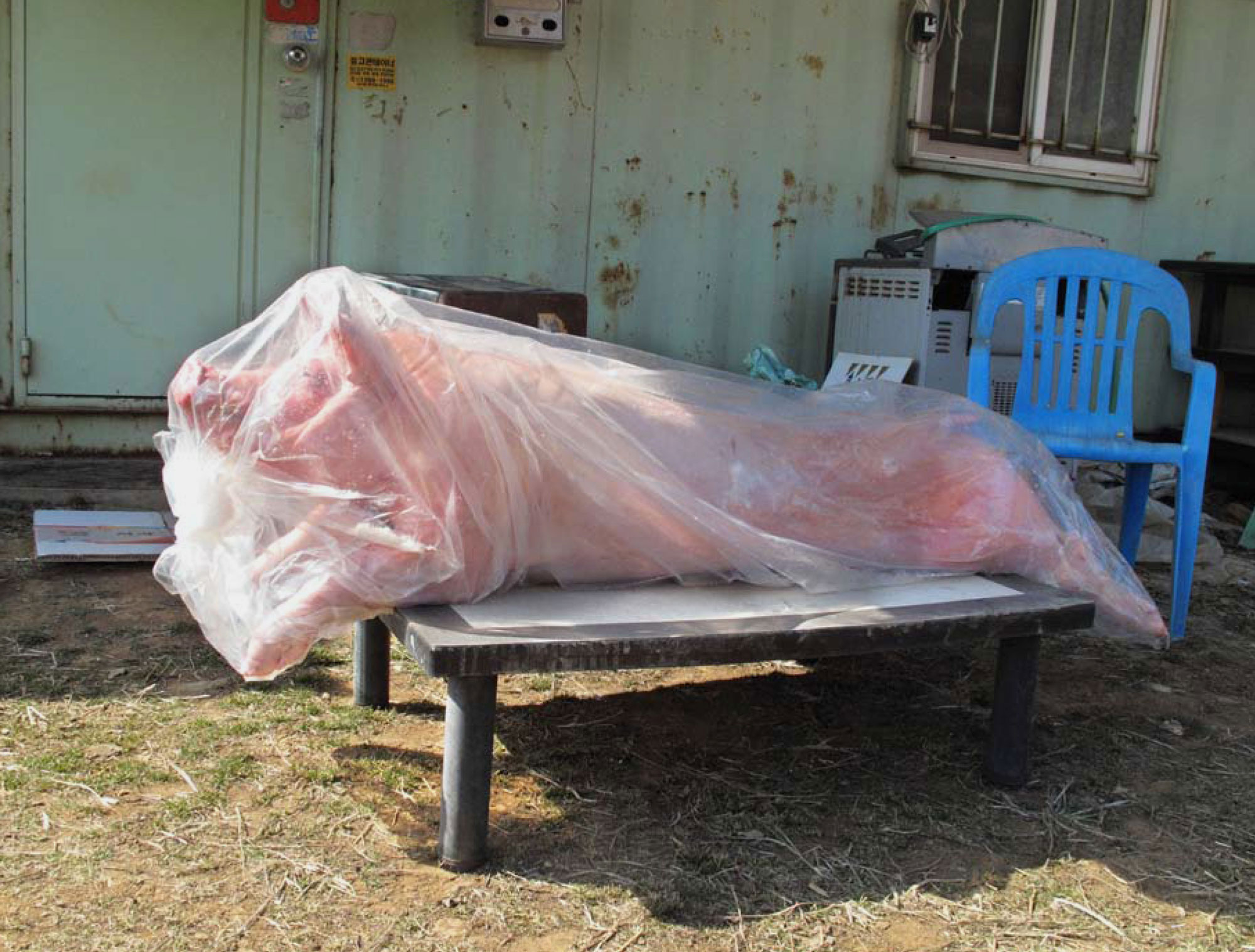